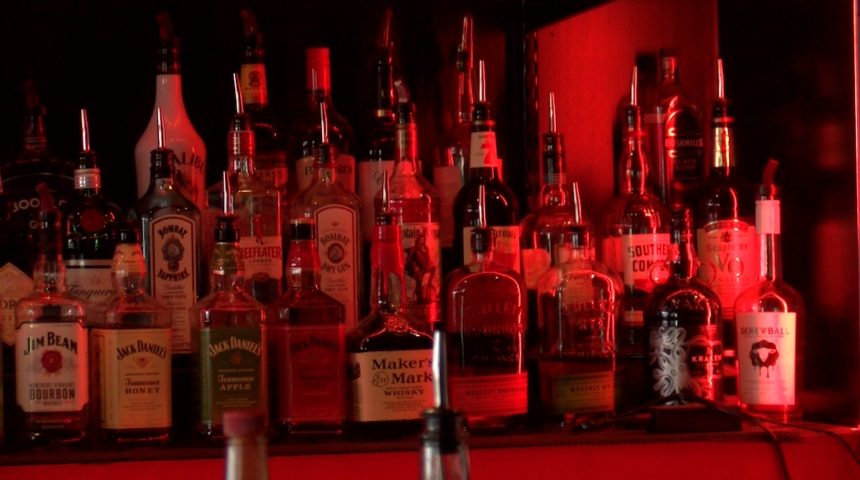 Bars throughout Riverside County have been at a disadvantage during the pandemic as the state slowly releases guidelines to reopen. Last week, the county entered the state's 'Substantial' red tier, after having spent more than a month in the 'Widespread' purple tier. The move allowed certain closures to free up with limitations, including allowing restaurants to operate indoors at 25% capacity or 100 people.

"We had no menu before this, we were just a bar," Randy Carmenaty, Eagle 501 General Manager said.

The Palm Springs bar looks different than what it did during the pandemic. For one, there are no seats wrapped around the bar. Instead, they are outside and the business has started offering more than just drinks.

"I have flatbread pizzas, I have salad, I have cheesecake for desserts, I have tacos," said Carmenaty.

The makeshift model is allowing Eagle 501 to stay afloat rather than closing during the pandemic.

"By no stretch of the imagination are we making any money. We're barely breaking even when you consider, I have double the staff, the PPE equipment I have to buy-- there's the element of food. That plays a vital role in taking into the revenue but at least I’m able to provide my 18 staff members with a livelihood and pay all my bills," said Carmenaty.

Currently bars are not allowed to open as Riverside County hovers in the state's unless they offer food and meet guidelines from the Alcoholic Beverage Control agency.

"Fortunately the ABC gave us a catering license to offer food inside and that has allowed us to be open with an in-house meal provider," said Carmenaty.

Typical bar bites do not qualify a restaurant to open. According to ABC, "Meals’ means the usual assortment of foods commonly ordered at various hours of the day; the service of such food and victuals only as sandwiches or salads shall not be deemed a compliance with this requirement.”

Restaurants need to offer a "bona fide" meal at "reasonable" quantities, among other requirements.

"The food has been an undue burden to a certain extent, but it’s also been a lifeline for us so I’m grateful to the ABC and the state for that," said Carmenati.

Despite now being allowed to offer 25% capacity indoors, Carmenaty has chosen to only offer outdoor service to keep his employees safe.

"Bartenders have had to pivot to become waiters so before you would go to a bar and get a drink. Now the bartender or waiter comes out to you."