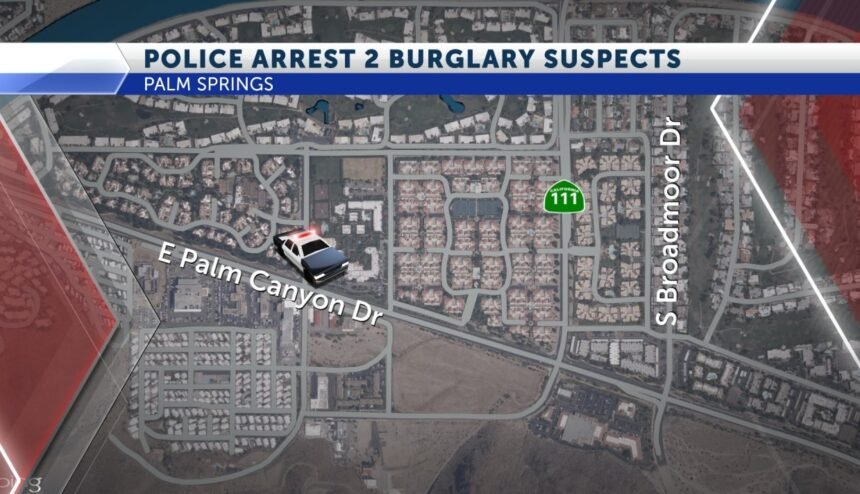 Police officers were called to the area of Palm Canyon Drive near Gene Autry Trail at 10:30 p.m. for a reported burglary.

Officers say they were able to interrupt the crime, and the two suspects ran from the scene but were later detained.

One was stopped by officers using a police dog.

Authorities say the pair were booked into jail and then released with citations.