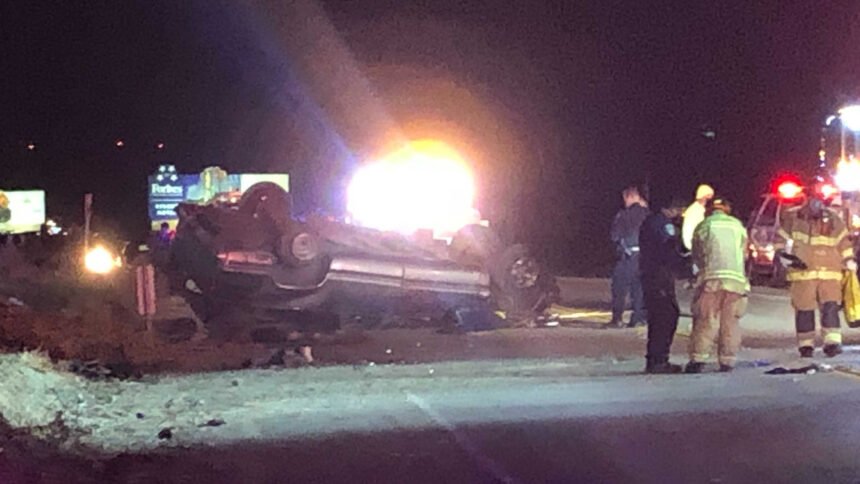 A father of four was killed and his wife and children were injured when their SUV overturned because of a tire blowout on Interstate 10 near Cabazon, the California Highway Patrol reported today.

David Foxworth, 56, of Banning was pronounced dead at the scene of the crash, which occurred about 5 p.m. Wednesday on eastbound I-10, near Main Street.

Officer Matt Napier said Foxworth was at the wheel of a Chevrolet Suburban that had just passed Haugen-Lehmann Way when one of the SUV's tires abruptly went flat.

"The driver turned the vehicle to the right,'' Napier said. "The vehicle immediately spun, and the driver lost control. The Suburban slid across all four lanes in a southerly direction, traveled through the south perimeter fence and overturned on the frontage road, Railroad Avenue.''

Foxworth's 37-year-old wife and four children, ages 7, 11, 15 and 20, suffered minor to moderate injuries and were taken to San Gorgonio Medical Center in Banning for treatment, according to the CHP.