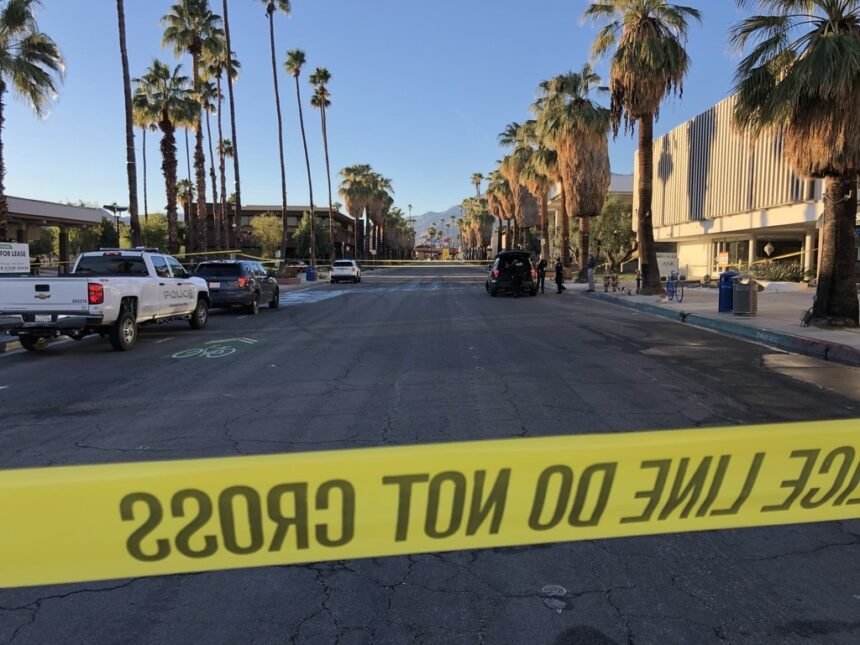 Update: The teen has died from his injuries. He was identified as James Bernard, 17, of Twentynine Palms.

As of Wednesday evening a teenager was in critical condition following an early morning stabbing in downtown Palm Springs. Palm Springs police were called out to the 300 block of South Palm Canyon Drive near Baristo Road at 4:15 a.m. on Wednesday.

"The incident occurred over a significant amount of areas so we're just trying to make sure we gather all the evidence we possibly can," said Palm Springs Police Sergeant Michael Casavan as investigators combed the scene for evidence.

As of 7 a.m., the street was closed off between Baristo and Ramon Rd. Police said the victim is a teen and was left in critical condition. The suspect has not been caught.

"I called and I was told they had shut down because the police had bordered everything off and nobody really knew what was going on at the time," said Palm Springs resident, Tom Jenkinson.

Jenkinson called in later Wednesday morning to get a haircut at SnipSnipBuzz on South Palm Canyon Drive.

A stylist for the salon told News Channel 3 she was escorted in by police despite the entire area being blocked off.

Police cleared the scene at around 11 a.m. Blood was visible on the sidewalk in front of the Rite Aid, as well as leftover packaging of medical supplies.

Anesko's salon sits feet away from where the crime happened. She told News Channel 3 there has been a recent spike in crime, and a growing homeless population in the area.

"I actually was threatened once. One came in the door and threatened me. We’ve called the police on numerous occasions," said Anesko.

Anesko was not surprised to learn of the stabbing that took place nearby.

What appeared to be homeless people were questioned by police. It was unclear whether a homeless person was actually involved in the incident.

The teenage victim's identity was not released.

As of Wednesday evening no suspect was arrested.