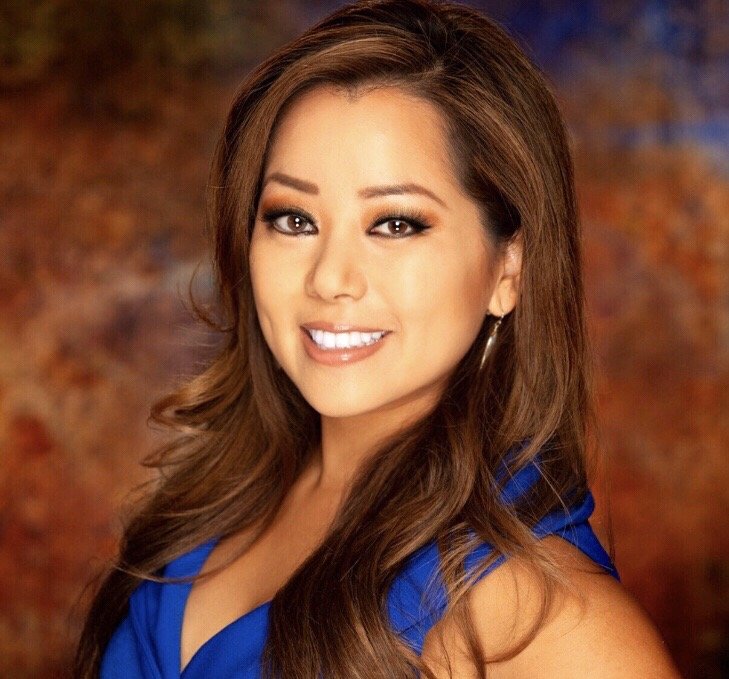 When Angela was little, she wore red glasses and always had her nose buried in a book. Her love of the written word eventually led her to journalism (and probably her myopia), and it’s what has shaped her life.

Angela comes to the Coachella Valley as KESQ's morning co-anchor after teaching graduate school classes at the USC Annenberg School of Journalism and Communication. Prior to that, Angela was a reporter and fill-in anchor at KRIV Fox 26 News in Houston, where she covered hurricanes, the 2016 election, and two Super Bowls. She delivered network live shots on terrorist plots and record-breaking floodwater damage. She also hosted a weekly food segment as well as the station's public affairs segment "The Asian Connection," which spotlighted Asian American newsmakers and the diversity in Houston. During her time there, she also reported at KTRK in Houston.

Angela graduated with degrees in World Literatures, Writing, and Psychology from UC San Diego, where she learned from the esteemed lecturer Eliot Wirshbo. Her first job was at KUSI’s morning show in San Diego, where she worked as a news writer. After that, she earned a Master of Science from Columbia University’s Journalism School in New York City and went on to become a reporter for NY1 News.

She left the Big Apple and headed home to Southern California to help care for her father after he was diagnosed with an aggressive brain cancer. While at home, she reported at news stations in Bakersfield and San Diego before moving to KOLO in Reno. Angela has also reported for several print and digital outlets, including The New York Times, The Huffington Post, and Bustle.

Angela is an Emmy Award-winning journalist who has won the Lone Star Award as well as the Philip S. Weintraub Media Award. She is also a RIAS German Fellowship recipient and N.S. Bienstock Fellowship winner. In 2020, she was awarded a Society of Environmental Journalists grant fund. She was also selected as the largest grant recipient for the 2020 USC Center for Health Journalism Impact Fund. Both grants were dedicated toward a multi-part series on the Salton Sea, which later garnered her another Emmy, an Edward R. Murrow, and Golden Mike Award in 2022. In 2021, she was named a Maynard 200 Fellowship recipient.

The Southern California native has lived in London and Taipei. She is fluent in Mandarin, a certified scuba diver, a proud member of AAJA, and an alumna of Pi Beta Phi. She also loves The Simpsons and is on a perpetual hunt for the perfect burrito. Her days are spent with her husband, new baby, and two dogs. If you have a story idea, email her at angela.chen@kesq.com.