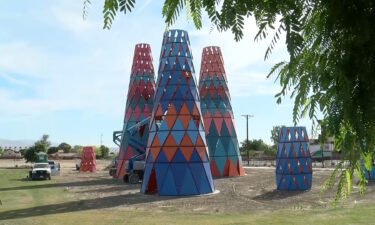 ATLANTA, GA (WGCL) — Georgia State Patrol Officer Ltn. Riley said in his 15 years of patrolling metro Atlanta highways there is a new kind of risk-taker on the streets that he hasn’t ever encountered.

“It’s something I haven’t seen before and it’s obviously very dangerous,”Ltn. Riley said.

The video circulating on social media was shared with us by a woman who also witnessed the same behavior.

“I just shook my head… The things I see go on in Atlanta does not surprise me,” the witness said.

The video shows a man grabbing a smoke and hitching a ride on two separate occasions on two different eighteen-wheeler trucks in Gwinnett and in DeKalb County.

”I’ve actually never seen anything like this before, just when you think that people have found the most idiotic things to do someone comes up with, something brand new,” President & CEO Georgia Motor Trucking Association Ed Crowell said.

The video now has the attention of GSP, the Georgia Motor Trucking Association, and Trucker Associations across the country.

“I would caution truck drivers once they have done their walk around the vehicle, take a second time around,” Crowell said.

“I showed the video around the office here asking if anyone has ever seen anything like it and no one could think of anything quite like that at all,” Norita Taylor Owned and Operated Independent Trucking Association.

They all agree it may seem comical but if it becomes a trend it could cost more than one life.

“That person can be just a split second away from being dead,” Ed Crowell said.

“If they have to make quick evasive maneuver to avoid an accident, they could throw the person off the truck, they have to slam on breaks or they could lose their grip on the vehicle in traffic,” Ltn. Riley said.

“Hopefully people will not look at that as an example of something they should imitate,” Norita Taylor said.

He said depending on the circumstances the trucker and the rider could face a number of misdemeanor traffic violations for reckless driving, and interfering with traffic.

The Georgia Truckers Association told CBS46 they won’t hesitate to create new rules across the state if they have to, “We’ll have to develop some additional protocols for trucking companies and truck drivers, to help put a stop to it.”

GSP said they will cite you if they catch you, “Because there’s so many things that could go wrong,” Lt. Riley said.

The video also appears to show two separate AIM Transportation Solution trucks driving on the interstate with the man in question.

CBS46 reached out to the company for a comment on what happened and they have not got back to us yet. 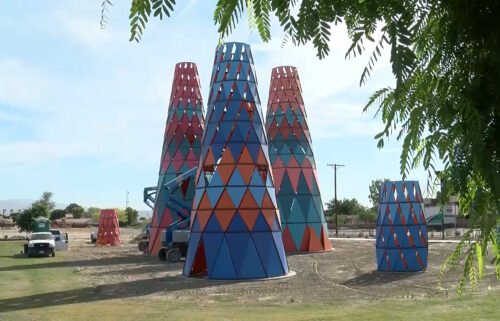