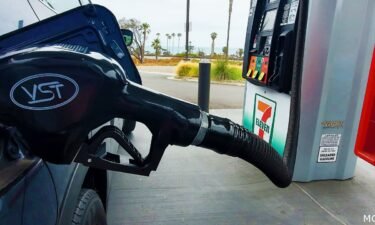 An I-team investigation reveals Critical Race Theory lessons, also known as CRT, were assigned to some local students. CRT is a divisive subject and is a subject the district says it doesn’t teach. I-Team investigator Jeff Stahl reveals the Desert Sands Unified School District has admitted some recent lessons involving race, gender, religion, and other topics at La Quinta High School were out of bounds.

She never wanted to make a big deal about it. But a student says she endured a week’s worth of Critical Race Theory lessons in her La Quinta High School English class. Lessons that made her feel guilty about her race.

“The check your privilege part. The checklist– this one,” said a student whose family contacted the I-Team. We’re not showing her face, but she’s willing to talk about it on the record. “When the whole class turns and looks at you because you’re one of the only white kids in the class,” she said adding it made her feel singled out.

Here’s one slide students were shown in class– Check Your Privilege. It states– people who are white, male, Christian, cisgender, able-bodied, or heterosexual– have “privilege.” This University of San Francisco presentation defines “privilege” as unearned access to social power.

There are significant disagreements–  even among experts– about C-R-T's precise definition. The California School Boards Association says CRT states “racism is embedded in American systems and institutions and part of everyday life.”

Other scholars and parents “criticize the emphasis that CRT puts on race as opposed to economic class or other factors.” They say “CRT was developed by left-leaning legal scholars, some of whom were neo-Marxist.”

What is Critical Race Theory? Here’s what The California School Boards Association says about it. Download

Principal Dr. Rudy Wilson said, “The one thing that we don't do here at La Quinta High School and we don't do within Desert Sands is we are not teaching critical race theory.”

Students were assigned a number of lessons during a week of programming. One YouTube assigned video included the ins and outs of ‘privilege.’ A statement in it said, “Your job as students who are receiving an education is to be aware of your privilege.”

See the entire lesson and materials students completed during a week of instruction.

See the entire lesson and materials students completed during a week of instruction. Download

“I don’t think we actually learned anything from this,” the student said. “It was like reading off a list of things we should all–  Well not all of us, feel guilty for. And then the lesson was over,” she added.

We asked the Desert Sands Unified School District for an explanation. A spokesperson Mary Perry replied with written responses admitting the teacher “had potentially presented a biased position.” The “Administration addressed the situation and determined that the lesson was not in alignment with the district-adopted curriculum.” And “Actions are being taken to rectify the situation.”

We brought our questions to Principal Rudy Wilson as well including what the district determined as to the lesson’s bias? Was it? Or was it not? Wilson said, “I think what you just read was pretty accurate,” declining to answer further.

“As a general staff,  the correct answer is ‘we addressed the issue.”

Jeff Stahl also asked what, if any, corrective actions were taken? Wilson said, “As a general staff,  the correct answer is ‘we addressed the issue.’” The district also released a statement saying, it “will not release the name of the teacher as this is a personal matter.”

Another question-- Did the school notify parents? And if not, why not? Wilson said, “To my knowledge, I don't think we sent anything out. I think this was all handled in-house as it should be.”

The student’s mother said parents should have been notified about a week’s worth of unapproved curriculum in class. “There was never a letter or an email saying, ‘Hey, this happened in the classroom. We don’t agree with it. It was not something part of our curriculum,’” the mother said. “We never heard anything about that lesson until you just said that,” she added.

Jeff Stahl asked the student if she, or anyone else in the class, was notified of the district’s actions to rectify the situation? She replied, “After this lesson, it was basically never spoken of again.”

Wilson has been the Principal at La Quinta High School for 5 years. He admits it was a missed opportunity, but he says staff was reminded to avoid controversial subjects because they’re hard to defend. He told Jeff Stahl that any in-class discussions should allow both sides a fair chance to present documentation and defend their positions.

He says he would have notified parents if it was an ongoing issue, but says this was a “one-off” lesson– well-intended he said, but clearly outside the district-supported guidelines.

The student told me she felt hostility in the lesson but went along with it to not make waves. She said, “If I didn’t and tried to defend myself or say what I wanted to say, then there would have definitely been a backlash.”

Responding to that concern, Wilson said, “If that were happening and then clearly that would have been addressed I don't know that it did.”

The grades, “A’s” in this case, are still on the student’s report card. Wilson said,”I promise this. Had the family come in, it would have been resolved in the moment and that child would have felt supported.”

We're not reporting the teacher's name. She was hired two years ago.

More than 30 state legislatures have introduced legislation to ban critical race theory from classrooms. Parents and staffers are seeking more information on it-- some in support-- some against it.