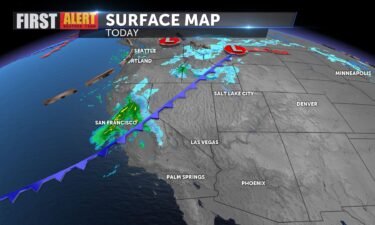 A 26-year-old Cathedral City man was killed in a three-vehicle crash in Imperial County over the weekend.

The crash happened on Sunday at around 2:30 p.m., south of Brawley, in the area of Dogwood Road and Ralph Road.

According to the California Highway Patrol, the Cathedral City man was driving a Kia southbound on Dogwood Rd. At the same time, two Chevrolet Silverados, a 2000 edition and a 2021 edition, were traveling northbound on the same roadway.

Police said for unknown reasons, the Cathedral City man "failed to maintain the Kia within its lane of travel and traveled into the northbound lane" where he crashed into the 2000 Chevrolet.  After the crash, the Kia then crashed into the front of the 2021 Chevrolet.

The Cathedral City man was pronounced dead at the scene. His identity has not been released by the Imperial County Sheriff's Office.

Police added that the driver of the 2000 Chevrolet and one of their passengers suffered minor injuries.

All parties were wearing their seatbelts at the time of the crash, the police said. CHP confirmed that drugs and/or alcohol did not appear to be a factor.

The crash remains under investigation. Stay with News Channel 3 for any updates.