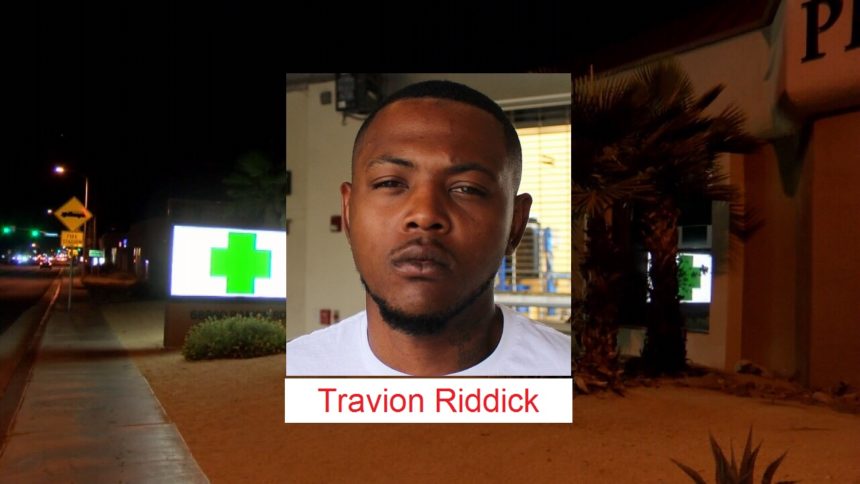 A 26-year-old convicted felon pleaded guilty to robbing a Cathedral City marijuana dispensary at gunpoint in 2017.

Travion Riddick, formerly of San Bernardino, entered his plea to three felony robbery charges and is scheduled to be sentenced on Dec. 6.

Riddick and an unidentified man entered No Wait Meds at 68860 Ramon Road, demanded money and made off with an undisclosed amount of cash and "marijuana products," according to Cathedral City police Cmdr. Julio Luna.

No one was injured during the robbery.

Riddick and the other suspect, who has not been caught, fled in an older model four-door vehicle that was found at Riddick's home when he was arrested the following day, according to Luna. Police found evidence from the armed robbery inside the car.

Riddick was released on $30,000 bail but was taken into custody in San Bernardino County for a probation violation before he could be arraigned for the robbery.

He was sentenced last July to three years in state prison for violating his probation stemming from an assault conviction, according to San Bernardino County Superior Court records.