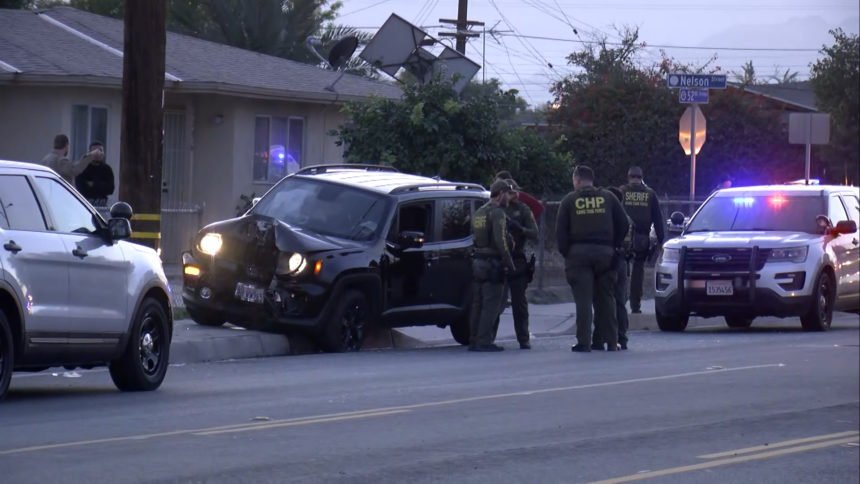 The Riverside County Sheriff's Department was investigating a shooting Tuesday afternoon in Coachella.

The violence was reported at approximately 4:30 p.m. near the area of Avenue 52 and Date Avenue.

Deputy Robyn Flores told News Channel 3 deputies arrived at the scene and found evidence of a shooting. Authorities had not located any gunshot victims. One person inside the vehicle suffered minor injuries from the crash.

Deputies shut down Ave 52 between Nelson and Las Palmas. Flores confirmed that none of the nearby schools were locked down.

The suspect(s) remained on the loose. No arrests had been made.