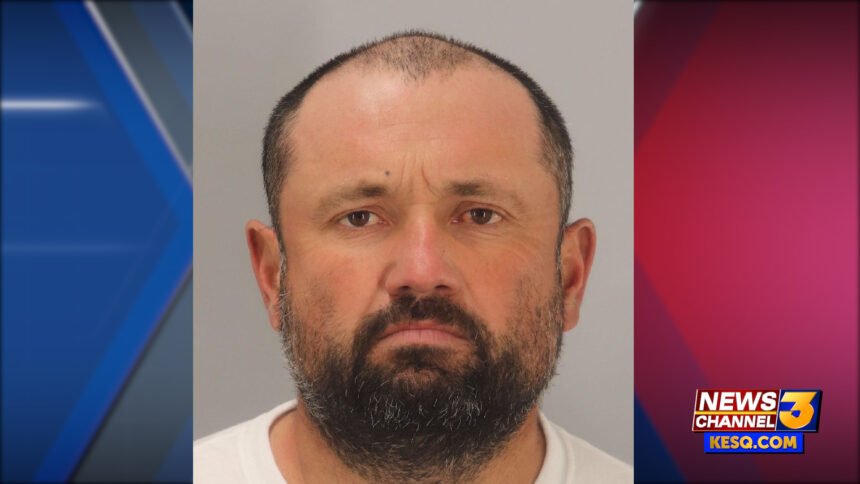 A 38-year-old man accused of shooting a motorist found inside a crashed vehicle in Indio pleaded not guilty today to a murder charge.

Miguel Mejia Cazarez of Indio was arrested Jan. 12 on suspicion of gunning down 39-year-old Jose Luis Villegas III of Mecca that evening.

Cazarez was arraigned at the Banning Justice Center before Riverside County Superior Court Judge Alfonso Fernandez, who set the defendant's bail at $1 million and scheduled a felony settlement conference for Jan. 28 at the Larson Justice Center in Indio.

Along with murder, Cazarez is charged with misdemeanor hit-and-run and faces a sentence-enhancing allegation of discharging a firearm causing great bodily injury.

Police were sent about 9:45 p.m. on Jan. 12 to 82-045 Avenue 44 and found a vehicle crashed into the fence of a business, with the driver having suffered from a fatal gunshot wound, according to Indio Police Department spokesman Ben Guitron.

According to Riverside County coroner's officials, Villegas was shot in the 82-000 block of Ocotillo Avenue, down the street from where his vehicle crashed. He was pronounced dead at the scene.

Homicide detectives determined the victim had been in a "confrontation'' with Cazarez prior to the shooting, Guitron said, but he did not elaborate.