The US flew nuclear-capable B-52 bombers to the Middle East Wednesday in the latest show of force meant to deter Iran, as defense officials remain divided over the risk posed by the regime and the Iraq-based militias it supports.

Pentagon officials say the military muscle-flexing is meant to warn Tehran off attacking American interests or personnel in the days surrounding the January 3 anniversary of the Trump administration’s assassination of the powerful Iranian leader Gen. Qasem Soleimani.

At the same time, acting Secretary of Defense Christopher Miller decided Wednesday against a push to extend the aircraft carrier USS Nimitz’s deployment to the Persian Gulf, sending it out of the region in an explicit de-escalation signal to Iran, according to a senior defense official.

The conflicting messages could reflect divisions within the Pentagon, where a second senior defense official tells CNN that the current threat level from Iran is the most concerning they have seen since Soleimani’s death. Officials cite new intelligence that Iran and allied militias in Iraq may be plotting attacks against US forces in the Middle East. For example, Iran has been moving short range ballistic missiles into Iraq, prompting the US to deploy additional military assets to the region.

Yet others in the Pentagon contend that the threat is being exaggerated, with the first senior defense official — who is directly involved in discussions — telling CNN that there is “not a single piece of corroborating intel” suggesting an attack by Iran may be imminent.

Asked about push back on the threat, another senior military official told CNN, “The intelligence isn’t perfect as you know, it never is, but we do see several planning efforts underway and if even some of them are true and they execute they could kill several Americans.”
This official went on to say that while nothing is 100%, there are some indications that the posture and messaging by the US has changed Iran’s calculus.

“It’s all very uncertain right now but we want the Iranians to know that they should not miscalculate and that we are not trying to provoke them and they should not provoke us,” the official said.

Iran’s Foreign Minister Javad Zarif charged Thursday morning that the US was creating a pretext for war.

“Instead of fighting Covid in US, @realDonaldTrump & cohorts waste billions to fly B52s & send armadas to OUR region,” Zarif said in a tweet. “Intelligence from Iraq indicate plot to FABRICATE pretext for war. Iran doesn’t seek war but will OPENLY & DIRECTLY defend its people, security & vital interests.”

Later Thursday, Maj. Gen. Hossein Dehghan, the military adviser to Iran’s Supreme Leader, addressed President Donald Trump directly in a tweet, warning him “not to turn the New Year into a mourning for Americans” following the flights.

Trump has fueled some of the uncertainty, reportedly asking in a mid-November meeting for military options he could use against Iran. He then threatened Iran after a December 21 attack on the US embassy in Baghdad that senior US officials, including Secretary of State Mike Pompeo, attributed to Iraqi militias affiliated with Tehran.

“Our embassy in Baghdad got hit Sunday by several rockets,” Trump tweeted from aboard Air Force One after a December 23 White House meeting on Iranian threats. “Three rockets failed to launch. Guess where they were from: IRAN.”

Trump then offered “some friendly health advice to Iran: If one American is killed, I will hold Iran responsible. Think it over.”

A defense official tells CNN that Chairman of the Joint Chiefs of Staff Gen. Mark Milley “is paying extremely close attention to the situation. The military doesn’t believe an attack is imminent but is taking all precautions to ensure they deter Iran while protecting US forces.”

The B-52 flight was the second time this month the Pentagon has sent the nuclear-capable bombers to the region. It follows the Navy’s rare December 21 announcement that it had sent a nuclear-powered submarine through the Persian Gulf, accompanied by guided-missile cruisers.

US Central Command, which oversees military operations in the Middle East, said in a statement that Wednesday’s B-52 flight was meant “to underscore the US military’s commitment to regional security and demonstrate a unique ability to rapidly deploy overwhelming combat power on short notice.”

Before Miller called back the USS Nimitz, which had been due to leave the Gulf, CENTCOM Commander Gen. Kenneth McKenzie had been pushing to extend the warship’s deployment there, in what might have been the longest aircraft carrier deployment in many years, the first senior defense official told CNN.

This official expressed concern that some within the government are painting the situation with Iran as more dire than it actually is and are preoccupied with the potential for retaliatory attacks by Iran to mark the anniversary of Soleimani’s assassination.

After Soleimani was killed in Iraq by an American drone strike in January, Iran responded with a major missile attack on US military bases in the region.

Now, intelligence gathered by the US is indicating a “possibly imminent attack” by Iranian-backed militias on US forces in Iraq, although there is no certainty, a defense official tells CNN.

Nonetheless the concern is significant enough that additional protective measures for US troops have been taken, this official and a second defense official tell CNN. Both declined to specify the measures being taken.

Three US defense officials tell CNN that Iran has been moving additional weaponry into Iraq, including short range ballistic missiles, an arsenal that officials believe could be used to strike American targets.

The second senior military official said that the US has intelligence indicating that militia groups have been meeting with elements of Iran’s Quds Force, an expeditionary military force that Soleimani previously led, later adding that the US had evidence of militias planning for complex attacks in Iraq that would require Iranian assistance to be successful.

“There has been a number of troubling indications of advanced planning and preparation for attacks in Iraq that appear aimed at US military and US interests,” one US defense official said.

Officials stress that there are no plans or any preparations being taken for any offensive action directed at Iran and efforts to reinforce US troops in the region are about deterring attacks, not about conducting a preemptive strike.

This story has been updated with tweets from Maj. Gen. Hossein Dehghan and Iran’s Foreign Minister Javad Zarif and comments from a senior US military official. 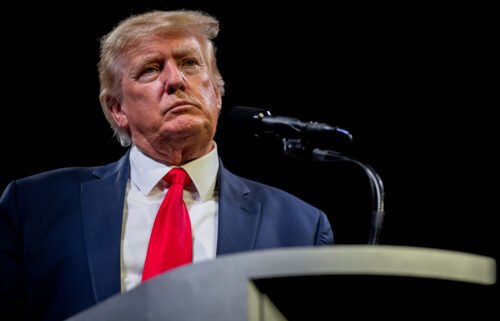 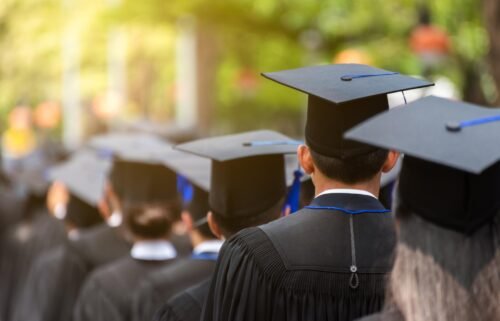 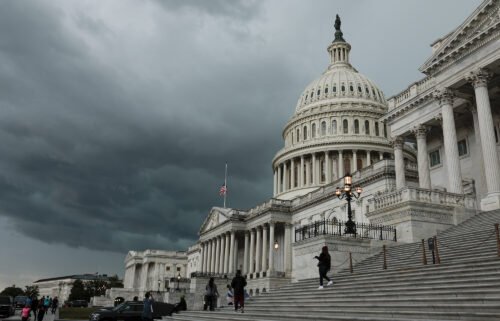