After a whiplash week of power plays between the two party leaders over the January 6 select committee, tensions are at an all-time high between the California lawmakers, and there are zero signs of that simmering down anytime soon — with both lambasting each other publicly and erupting at each other privately.

In a heated phone call last week, Pelosi informed McCarthy that she would reject two of his selections to the special House committee investigating the January 6 attack. Voices were raised, a source with knowledge of the matter said, and McCarthy protested, hinting the decision could come back to haunt her.

“What you’re doing is unprecedented,” McCarthy told Pelosi, according to a second source familiar with the call.

“The unprecedented nature of January 6th demands this unprecedented decision,” Pelosi said, contending that McCarthy’s selections of GOP Reps. Jim Banks of Indiana and Jim Jordan of Ohio would have undercut the integrity of the probe.

Pelosi is now plowing ahead with an investigation into the deadly Capitol riot, which could ensnare not only former President Donald Trump but McCarthy himself and several of his GOP colleagues. The first hearing will come Tuesday, featuring testimony from police officers who responded to the attack. The speaker added more Republican firepower to the panel’s roster on Sunday in Rep. Adam Kinzinger — another blow to McCarthy, who yanked all five of his selections from the panel last week and is trying to paint the probe as partisan as possible.

McCarthy, meanwhile, has ramped up his public attacks on Pelosi in pointedly personal terms after she rejected Jordan and Banks, calling her a “lame duck speaker” and accusing her of destroying the institution. And the GOP leader is now facing pressure from his right flank to take a symbolic — though doomed-to-fail — shot at Pelosi with a “motion to vacate the speaker’s chair,” which wouldn’t succeed but would represent a dramatic escalation of the McCarthy-Pelosi feud.

At this point, however, it’s unlikely that McCarthy will pursue such a move, according to GOP sources. But Republicans are already privately plotting other ways to seek revenge if they win back the majority: coming after Democratic committee assignments and taking advantage of what the GOP has dubbed a new Pelosi-set precedent, according to multiple GOP lawmakers and aides.

Top on the GOP’s target list: Rep. Eric Swalwell of California, a Pelosi ally who sits on the House Intelligence Committee, and Rep. Ilhan Omar of Minnesota, a member of the progressive “squad” who serves on the Foreign Affairs Committee.

The outright hostility is only adding to the already toxic atmosphere in the House after January 6. And it also doesn’t bode well should the party leaders need to work together: Pelosi — who is ruling over a razor-thin majority in the House — may need to lean on McCarthy in the near future to put up some GOP votes for infrastructure, must-pass spending bills or the debt ceiling.

But Pelosi and her top lieutenants believe if they do need Republican support for any bipartisan bill, it will likely be the result of moderates breaking from McCarthy — rather than the GOP leader working to help pass legislation with the speaker.

When asked to describe McCarthy and Pelosi’s relationship, one GOP lawmaker sent a GIF of the fight scene from the movie “Anchorman.”

And Rep. Mark Green of Tennessee offered this blunt assessment: “McCarthy has appropriately had enough. All of us had.”

Democrats, of course, see it differently.

“McCarthy said President Trump ‘bears responsibility for the January 6 attack,” said Texas Rep. Joaquin Castro, a Democratic manager for the then-President’s second impeachment trial for inciting the insurrection, referring to remarks the GOP leader made a week after the riot.

“But then he had to be publicly shamed into meeting with police officers injured by the violent pro-Trump mob,” Castro said. “Speaker Pelosi made the right decision to reject two of his picks who are hostile to the truth.”

Even before the latest blow-up, McCarthy and Pelosi weren’t close and their contact was minimal, with most communication done at the staff level. During the coronavirus aide negotiations last year, for example, Pelosi worked directly with then-Treasury Secretary Steven Mnuchin. And McCarthy often prefers to do business with House Majority Leader Steny Hoyer, especially when it comes to floor matters.

The relationship between Pelosi and McCarthy is different than with the GOP leader’s predecessors, former Speakers John Boehner and Paul Ryan, and Democrats say it’s because he’s viewed as singularly focused on taking back the House majority.

To Republicans, Pelosi’s removal of Jordan and Banks was the latest in a string of actions where she disregarded their views and took unilateral action while ignoring their outcries. The rejection of the two men prompted McCarthy to pull all his picks, even as Republican Rep. Liz Cheney accepted a Pelosi appointment in defiance of GOP leadership.

Indeed, during negotiations over how to investigate the riots, the pair’s already rocky relationship began to deteriorate. McCarthy and Pelosi went back and forth over a proposal for an independent commission, but things got so bad they eventually deputized some of their rank-and-file members to cut a deal.

A compromise was reached between the two sides, but McCarthy still came out against it and the bill was blocked by the GOP in the Senate — infuriating Democrats who say the House Republican leader was never serious about uncovering the truth about what happened on January 6.

And Pelosi’s caucus is firmly behind her, too. That’s hardly a surprise given the Democratic anger in the immediate wake of January 6, when many members refused to work with their Republican colleagues who voted to overturn the election, threatened to censure some of them and were fearful for their physical safety.

On Thursday, Pelosi dropped by a meeting of her eight appointees in her suite as the lawmakers were preparing for their first hearing on Tuesday. She talked about the “overwhelming response” from all quarters — Democratic lawmakers, friends and advocates — about how preventing Jordan and Banks was the “right thing to do,” a Democratic source with knowledge of the conversation said.

Republicans, however, say their frustration with Pelosi dates to before the Capitol attack. They were furious that she instituted a form of remote voting during the pandemic, erected a plexiglass case to allow lawmakers under quarantine to still attend the vote electing her as speaker on January 3, and weakened a procedural tool used by the minority, among other things.

Pelosi’s decision to deny two Republicans from sitting on the select panel — which caught the GOP completely off guard — was the tipping point for many members.

But it also handed the party the political talking point they wanted about the select committee and the speaker.

“She is willing to do anything and everything to maintain control over her conference for the next 18 months,” said Rep. Kelly Armstrong, a North Dakota Republican who had been one of McCarthy’s picks for the select committee. “This isn’t about the truth. It’s not even about the last election or the next one. This is about her maintaining an iron grip on her conference and the People’s House.” 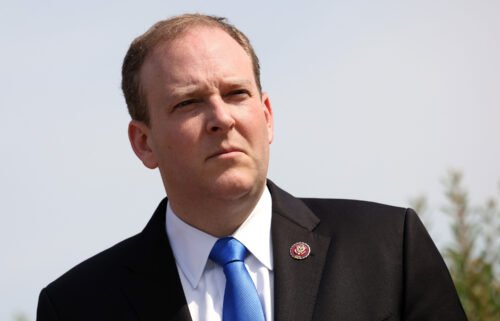 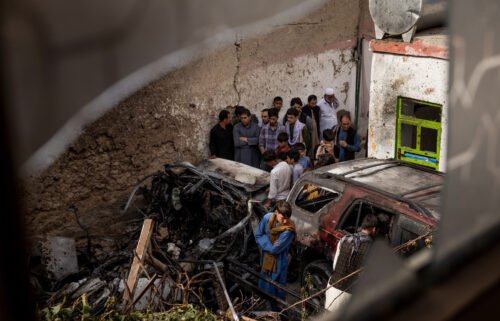 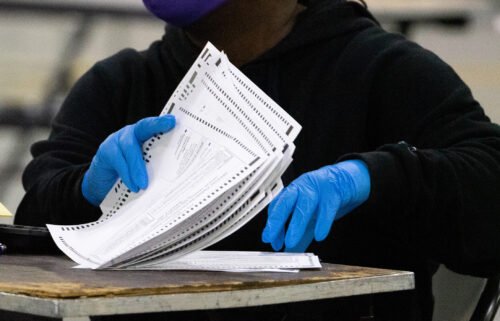 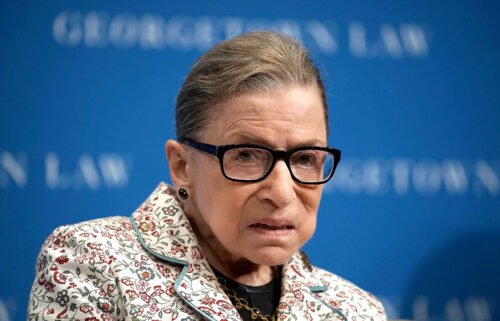