One of the brightest heralds of spring makes its appearance this week.

The March full moon, known as the worm moon, will be at its peak at 3:18 a.m. ET on Friday, March 18, according to NASA. It will appear full through Saturday morning.

This moon will appear larger to viewers because of the “moon illusion,” according to the Old Farmer’s Almanac. This occurs when the moon is near the horizon and our eyes compare the moon’s size to trees, buildings or other earthly objects. By comparing these reference points to the moon, our brain tricks us into thinking the moon is bigger.

Southern Native American tribes named the worm moon after the earthworm casts — essentially feces — that emerged as the ground thawed at winter’s end, according to NASA.

Another account in the Old Farmer’s Almanac says that the name refers to beetle larvae that would come out of winter hideouts as spring arrived.

Northern Native American tribes, however, lived among forests without native earthworms due to glaciers having wiped out the species, according to NASA. Some of these groups instead referred to the moon as the crow moon, as a nod to the birds whose cawing would signal the end of winter.

In the Hindu month Phalguna, the March full moon marks the beginning of the Holi Festival, a two-day celebration known as the “Festival of Love,” “Festival of Colors” and “Festival of Spring,” according to NASA.

There are nine full moons left in 2022, with two of them qualifying as supermoons. Here is a list of the remaining moons for 2022, according to the Farmers’ Almanac:

While these are the popularized names associated with the monthly full moons, the significance of each one may vary across Native American tribes.

There will be two total lunar eclipses and two partial solar eclipses in 2022, according to The Old Farmer’s Almanac.

Partial solar eclipses occur when the moon passes in front of the sun but only blocks some of its light. Be sure to wear proper eclipse glasses to safely view solar eclipses, as the sun’s light can be damaging to the eye.

A partial solar eclipse on April 30 can be seen by those in southern South America, the southeastern Pacific Ocean and the Antarctic peninsula. Another one on October 25 will be visible to those in Greenland, Iceland, Europe, northeastern Africa, the Middle East, western Asia, India and western China. Neither of the partial solar eclipses will be visible from North America.

A lunar eclipse can occur only during a full moon when the sun, Earth and moon align, and the moon passes into Earth’s shadow. Earth casts two shadows on the moon during the eclipse. The penumbra is the partial outer shadow, and the umbra is the full, dark shadow.

When the full moon moves into Earth’s shadow, it darkens, but it won’t disappear. Sunlight passing through Earth’s atmosphere lights the moon in a dramatic fashion, turning it red — which is why this is often referred to as a “blood moon.”

Depending on the weather conditions in your area, it may be rusty, brick-colored or blood red.

This happens because blue light undergoes stronger atmospheric scattering, so red light will be the most dominant color highlighted as sunlight passes through our atmosphere and casts it on the moon.

A total lunar eclipse will be visible to those in Europe, Africa, South America and North America (excepting northwestern regions) between 9:31 p.m. ET on May 15 and 2:52 a.m. ET on May 16.

Another total lunar eclipse will also be on display for those in Asia, Australia, the Pacific, South America and North America on November 8 between 3:01 a.m. ET and 8:58 a.m. ET — but the moon will be setting for those in eastern regions of North America.

If you live in an urban area, you may want to drive to a place that isn’t littered with city lights that will obstruct your view.

Find an open area with a wide view of the sky. Make sure you have a chair or blanket so you can look straight up. And give your eyes about 20 to 30 minutes — without looking at your phone or other electronics — to adjust to the darkness so the meteors will be easier to spot. 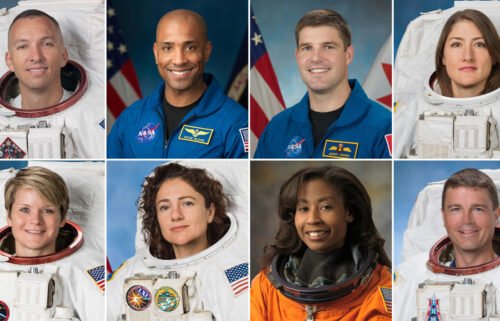 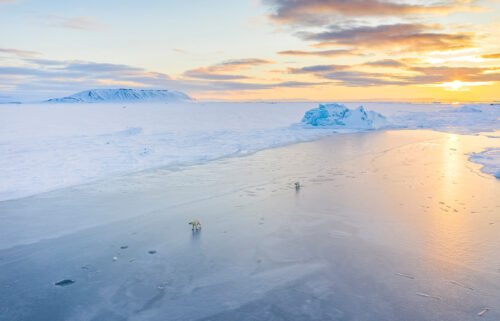 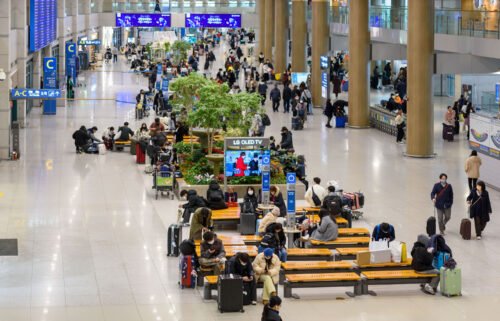 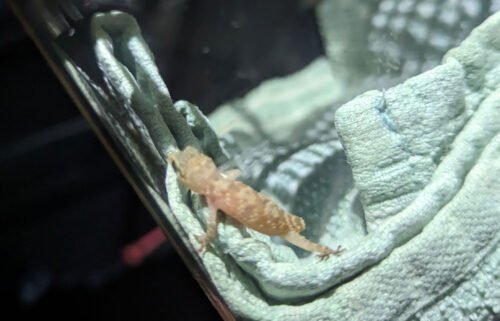