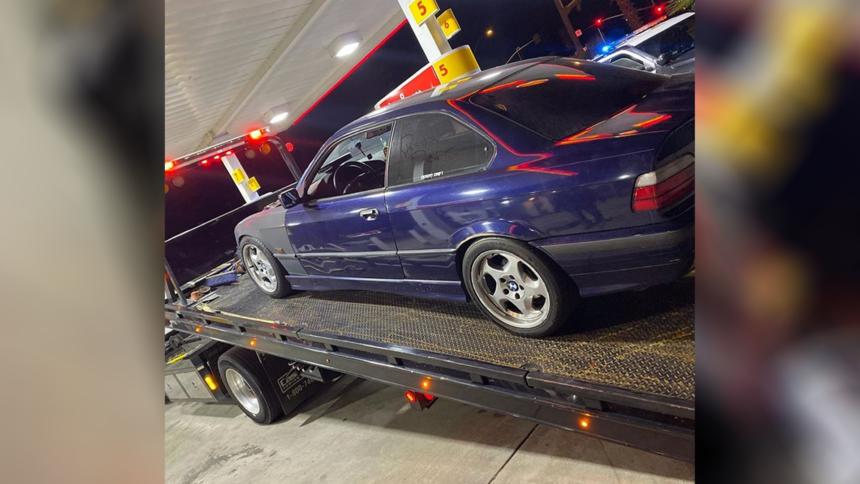 An alleged reckless driver was arrested over the weekend in Thousand Palms for doing donuts, according to the Riverside County Sheriff's Department.

The arrest was announced in a post on the Sheriff's Department's S.T.R.E.E.T.(Sheriff’s Takeover Racing EnforcEment Team) on Sunday.

"Should have just ordered a burger instead of trying to make donuts," read the post on the incident from the S.T.R.E.E.T. Team's Instagram account. "No worries, we have sandwiches at the Indio jail! #cvmassivefail#driftedontoadeserttow#badbeemernodonut#gonefor30days#thermalsheriffstation#palmdesertsheriffsstation#riversidesheriffcorrections "

According to Deputy Robyn Flores, RSO public information officer, the suspect, who has not been identified, was observed by deputies driving recklessly in a parking lot in the area of Varner Road and Ramon Road in Thousand Palms. The driver was arrested and booked into Indio Jail for Reckless Driving.

The suspect's vehicle will be impounded for 30 days.

No charges have been filed for property damage, according to Flores.