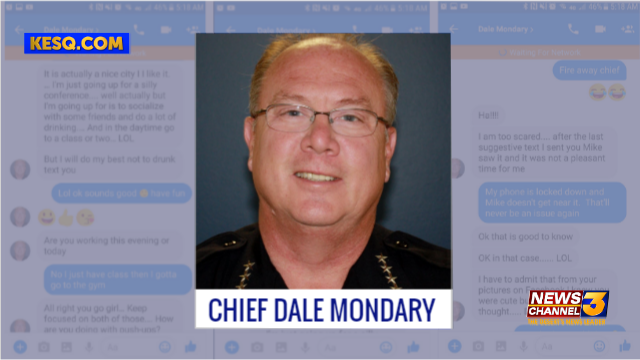 With the Christmas season approaching, at City Hall in Desert Hot Springs, they're looking to move beyond a tumultuous season which included the resignation of police chief dale Mondary.

"There is definitely a sense of somberness initially. You never want your city under a magnifying glass," said Assistant City Manager Doria Wilms.

Tuesday morning, Wilms sent out a brief, one page press release indicating that since the investigation of Mondary was a "personnel matter", the investigation report and its contents are "confidential and cannot be released".

However, News Channel 3 still had other questions.

We asked if the city has received any letters of intent to sue as a result of the case involving Mondary.

"No we have not," replied Williams.

Copies of some of the text messages sent and received by the former chief while on the job were obtained by News Channel 3 after Mondary was placed on administrative leave last May.

He served as chief for almost four-and-a-half years.

The assistant city manager says now the city is simply looking to "move on".

People we spoke with in Desert Hot Springs commented on the city not releasing the results of the investigation.

"There is a lot more to it than what they're saying. I really do think that because I've been watching it awhile since he resigned," said resident Greg Nielson.

"I really feel like maybe they kind of don't want too many people to know too much about it. It's going to leak regardless. The truth will always come out," said resident Brae Hackbarth.

When asked if any other city employees are facing any disciplinary action as a result of the Mondary investigation, Wilms said she could "not comment because it's a personnel issue." 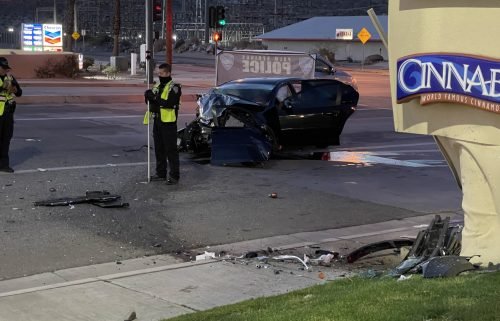