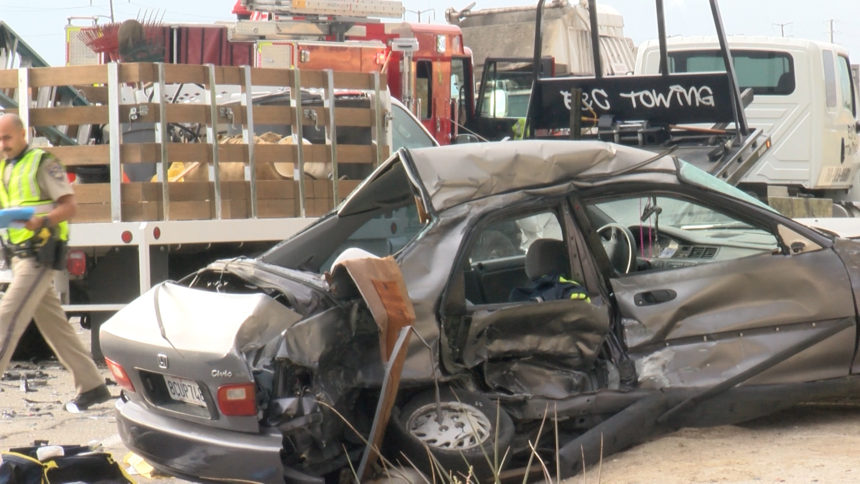 Robert Brian Grajiola of Thousand Palms, 28, died about 2:30 p.m. Wednesday in the crash on Varner Road, just west of Jack Ivey Drive, less than a mile from the Ivey Ranch Country Club.

According to the California Highway Patrol, Grajiola was at the wheel of a sedan going westbound on Varner that collided with a pickup truck.

Witnesses indicated that speed may have been a factor in the crash, but no other details were available.

The other motorist escaped injury.

Varner Road was closed for over two hours at the location while the CHP conducted a preliminary investigation and cleared the wreckage.