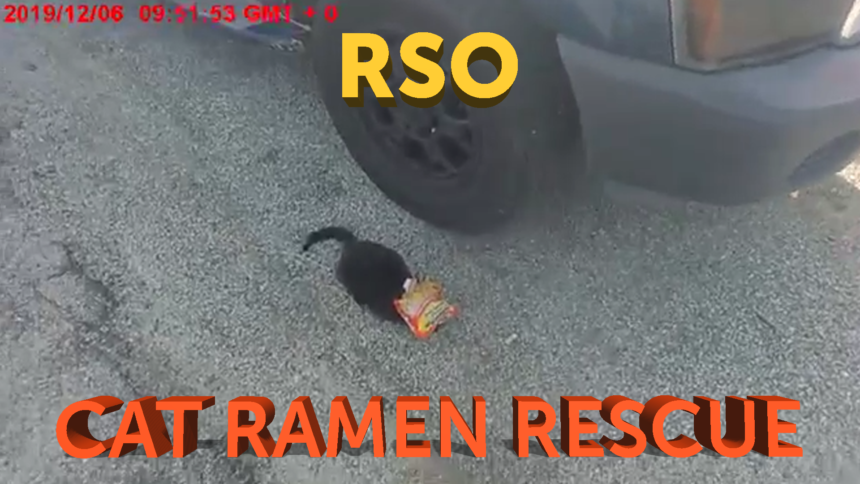 A Riverside County Sheriff's sergeant caught something far from routine on their bodycam on Friday morning.

The sergeant, who has not been identified, spotted a cat of unknown origin in an unknown location, trapped in a Maruchan ramen bag. As the responding sergeant approached, a small dark dog howled, the feline got spooked, then ran off. As the clip came to a close, the cat was freed from its noodle packaging confines with some RSO assistance.

"Ok, caption this video!!! This video was today from one of our Sergeant's body worn camera. While on patrol he saw a cat with it's head stuck in a Top Ramen bag and a dog chasing it.....The cat was saved and no animals were harmed. (Guess firemen aren't the only ones who save cats!!!)," read the post. "Let's see who can come up with the funniest caption! (Please keep it clean and respectful)."

The timestamp on the video indicated that it was taken Friday morning at 9:51 a.m. The video was posted to the Cabazon Sheriff's Station's Facebook page at 11:16 a.m.

At the time of this publication, no furred felons were in custody.