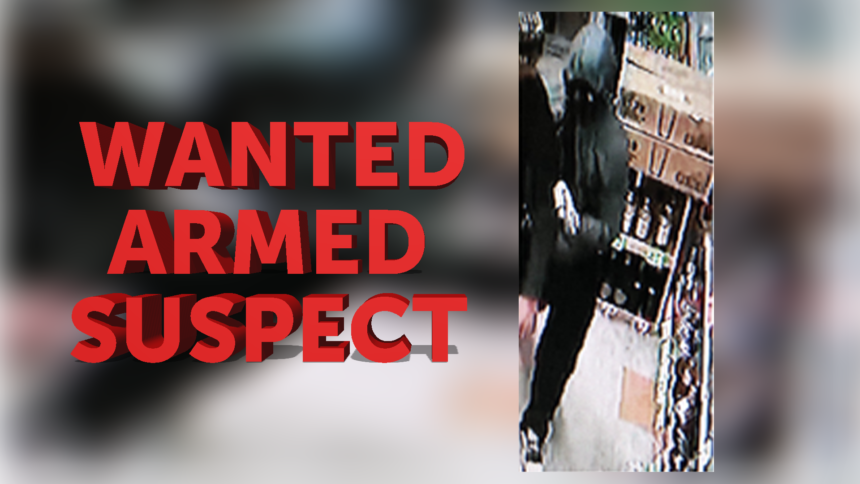 Authorities are asking for the public's help in finding a Desert Hot Springs wanted in connection with an attempted robbery at a Yucca Valley store earlier this week.

Odell Shidie, 20, of Desert Hot Springs is wanted for his alleged role in an armed attempted robbery at Yucca Valley Liquor on Tuesday at approximately 7:08 p.m.

According to the Morongo Basin Sheriff's Station, Shidie and 19-year-old Anthony Kamakeeaina, also of Desert Hot Springs, arrived at the store in a silver Nissan Altima.

The two men were wearing hooded sweatshirts, with their faces covered. Shidie was armed with a handgun.

The two men allegedly confronted two store clerks outside of the store. The department revealed that Shidie forced a clerk inside the store at gunpoint. Kamakeeaina then grabbed the other clerk and also forced him inside the store.

"Shidie demanded money from the cash register. Shidie attempted to forcefully open the cash register and fired the weapon one time into the floor," reads a news release sent out by the Sheriff's Station.

Shortly after this, a fight broke out between the store clerks and the suspects. Shidie and Kamakeeaina fled the area without any money or property.

On Monday, the Sheriff's Department announced that a warrant was issued for the arrest of a third suspect involved in this crime, Merisa Robinson, 19, of Desert Hot Springs.

Robinson is wanted for kidnapping to commit robbery, according to SBCSD. In a prior press release, Robinson's involvement was still under investigation.

Kamakeeaina was located and arrested on Wednesday afternoon near Bella Vista Drive and Twentynine Palms Highway in Morongo Valley. Kamakeeaina was booked at the Morongo Basin Jail for Kidnapping to Commit Robbery. He is being held on $250,000 and is scheduled to appear in court on Friday.

Anyone with information on Shidie and/or Robinson's whereabouts is asked to contact the San Bernardino County Sheriff’s Department Morongo Basin Station at (760) 366-4175. Anyone wishing to remain anonymous may contact We-Tip at 1-888-78-CRIME.