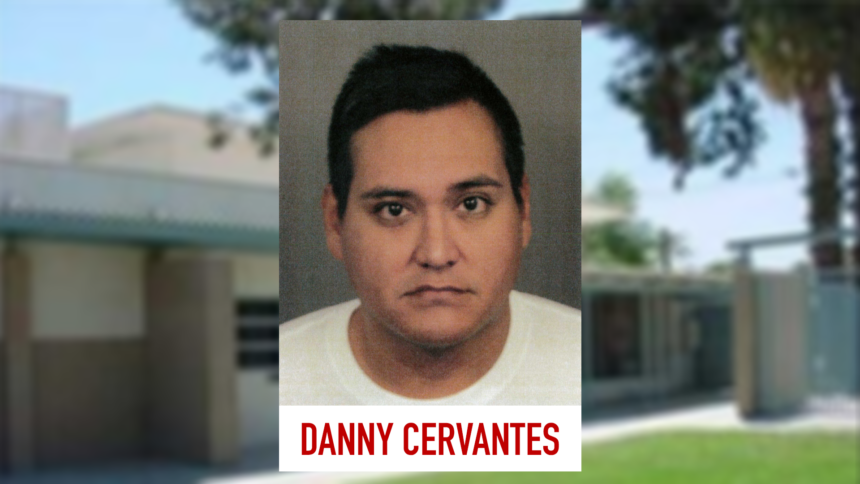 A former elementary school PTA president who was scheduled to begin serving a 364-day jail sentence today for stealing more than $22,000 from the association was a no-show at his sentencing hearing today, spurring a judge to issue a warrant for his arrest.

Danny Cervantes, 36, of Indio, pleaded guilty in June to a felony grand theft charge, admitting to taking $22,043 over the course of 10 months via a debit card issued to him as the head of the Herbert Hoover Elementary School PTA.

A Riverside County Superior Court judge on Monday issued a no-bail warrant for failure to appear, according to John Hall, spokesman for the Riverside County District Attorney's Office. The warrant means Cervantes will be held without bail when he is taken into custody.

Cervantes was appointed the PTA's president and treasurer in October 2016 due to his background as an accountant, according to an arrest warrant declaration that says his responsibilities included "balancing the books, issuing checks/payments, purchasing and making deposits.''

Cervantes made withdrawals from the account and "vehemently avoided" providing any bank statements or updates on the association's finances to other PTA members, according to the declaration.

Authorities said the embezzlement began shortly after he was appointed. Indio police began an investigation last fall when a Hoover Elementary teacher came forward to report she found copies of the bank statements, which allegedly showed "excessive ATM/Teller activity," which was "unusual because the PTA rarely dealt with cash and mostly wrote checks or used the debit card to pay for items."

She also told police that "because of her comfort and longstanding friendship with Danny, (she) never suspected any wrongdoing,'' the declaration states.

When interviewed by Indio detectives, he allegedly denied making the transactions and said other people had access to the debit card. But once confronted with photos of his ATM withdrawals, he admitted taking the money and wrote an apology letter to the school stating he would pay back the missing funds, according to police.