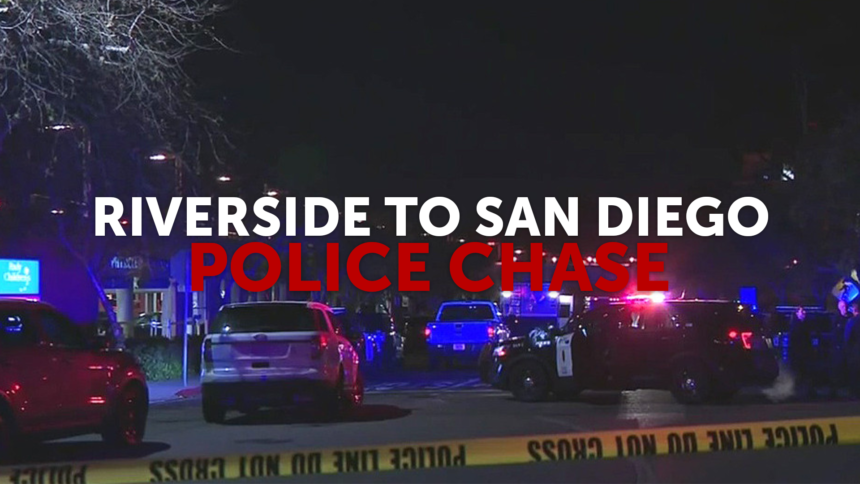 A standoff between an armed robbery suspect inside an SUV and a SWAT team outside Rady Children's Hospital in San Diego ended this morning when the man fatally shot himself after leading authorities on a pursuit from Riverside County to San Diego County.

The man shot himself while sitting inside the SUV shortly before 4:30 a.m. today, roughly seven hours after the armed suspect arrived outside the hospital, according to San Diego police.

The man, whose name and age were not immediately available, was pronounced dead at the scene, 10News reported.

The armed and masked suspect robbed a Provident Bank branch on Van
Buren Boulevard in Riverside just after 6 p.m. Wednesday, according to the Riverside Police Department.

"Riverside police initiated a pursuit of an armed bank robbery suspect that is currently going southbound on the 15 Freeway in Temecula," the department tweeted at about 7:30 p.m. "(Riverside County Sheriff'sDepartment) has been assisting along with (California Highway Patrol)."

The suspect called 911 during the early part of the pursuit and threatened to kill himself, police said.

By around 8:45 p.m., the suspect had pulled over in the driveway of Rady Children's Hospital emergency room and was refusing orders to get out of the SUV and surrender to police, NBC7 reported.

At 10:10 p.m. Wednesday, the San Diego Police Department tweeted that
its SWAT team was involved and civilians were asked to avoid the area around the hospital, located at 3020 Children's Way.

"Occupants of Children's Hospital (Emergency Room) who are NOT in a safe location should SHELTER IN PLACE & call 911 and provide their location for assistance," SDPD said.

Services at the hospital were put on hold and people in need of medical services were asked to go to a different hospital, the department said. The hospital was able to resume normal operations by 5:30 a.m.

"Rady Children's would like to reassure families that the Hospital is safe, secure and open for business," the hospital said in a statement. "Access has been restored to the main campus, including the emergency department. Scheduled surgeries and clinics will continue and parents should keep their appointments. Thank you to law enforcement for keeping ourcampus safe and to parents and families for their patience and understanding."