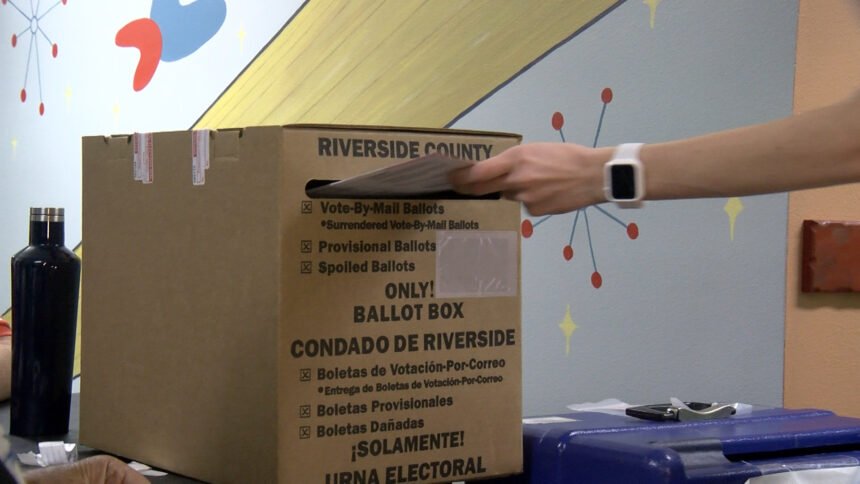 The Board of Supervisors today directed Executive Office staff to initiate an examination of the 2020 election in Riverside County and report back to the board, identifying "strengths and weaknesses" from which the county might learn.

"This was an unprecedented election, and it's still not even done," said Supervisor Karen Spiegel, who was joined by Supervisor Manuel Perez in
calling for the after-action review. "Things happened differently, and we need this review,'' she said.

"We need a summary, so we can look at strengths and weaknesses and find out what we can do better. There are concerns from some constituents." Spiegel did not cite specific problem areas, but said she hoped the review might illuminate points of concern that the board intends to discuss in 60 days.

No anomalies were uncovered in the canvass of ballots cast countywide in the Nov. 3 general election, which is now in litigation in five states stemming from President Donald Trump's unsubstantiated allegations of "systemic fraud."

No recount was requested in Riverside County.

The board approved Registrar of Voters Rebecca Spencer's official "statement of votes cast," certifying the ballots recorded countywide, as well as authorizing expenses associated with the election. According to the registrar, 1,016,896 registered voters -- 82% of those eligible -- cast ballots.

"As a result of the significant interest in the presidential election, both the total number and the percentage eclipse previous voter turnout records,'' according to a joint statement by Spiegel and Perez, posted to the board's agenda.

"This year, every registered voter received a vote-by-mail ballot," they stated. "For those individuals who preferred to vote in person … in-person early voting was available for the first time. The net effect of these changes was almost 650,000 ballots were cast, and received, before election day."

The supervisors said this "new model" for voting opens opportunities, but also merits a second look. The goal is for the after-action review to increase understanding of best practices for the future.

"The review will be conducted with a commitment to openness, frank
discussion, clarity and commitment to identifying and recommending solutions,'' the supervisors wrote.

The Executive Office's report is due by Feb. 9.