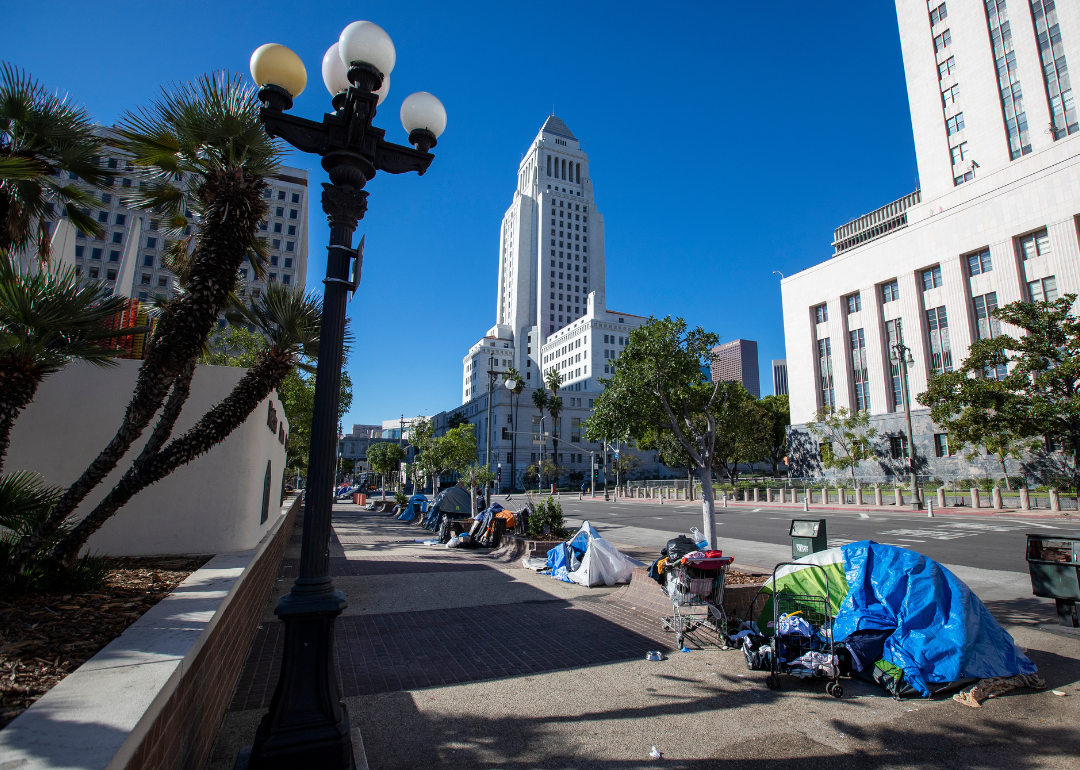 States that recorded the biggest increase in their homeless populations

The COVID-19 pandemic took an immense toll on the lives of most Americans. Still, for those already experiencing homelessness or housing and economic insecurity, the challenges presented by the public health crisis were nearly impossible to escape. For unhoused people, emergency shelters, which once promised at least temporary refuge from the elements, became sources of danger as crowded spaces transformed into infection vectors.

In major cities, in particular, already-limited shelters began further reducing their capacity as COVID-19 transmission among residents soared. Roughly 613 unhoused New Yorkers died between July 2019 and June 2020, an increase of 52% from the year before. In San Francisco, the number of deaths of people experiencing homelessness more than doubled from March 2020 to March 2021.

While these chilling numbers might have predicted a spike in unhoused people in shelters in 2021, national and state-level data tell a somewhat different story. The overall number of sheltered unhoused people—meaning people staying in emergency shelters, transitional housing programs, or safe havens—decreased across the country by nearly 8%, according to data from the Department of Housing and Urban Development. Possible reasons for the drop vary from robust government interventions like stimulus payments, unemployment benefits, and the eviction moratorium to other factors like unhoused people avoiding shelters due to health risks.

Despite the overall decrease in sheltered homelessness, the issue of homelessness “remains an urgent crisis,” according to HUD Secretary Marcia L. Fudge. Fourteen states recorded an increase in their sheltered homeless population. The same root causes of homelessness persist, and the pandemic exacerbated many. Currently, no state has an appropriate supply of affordable housing available for the lowest-income renters—the estimated national deficit is 7 million homes. And unhoused people in rural areas can face what is known as “service deserts,” where a lack of shelters and housing assistance creates even more hardship.

You may also like: Metros where people owe more than their homes are worth 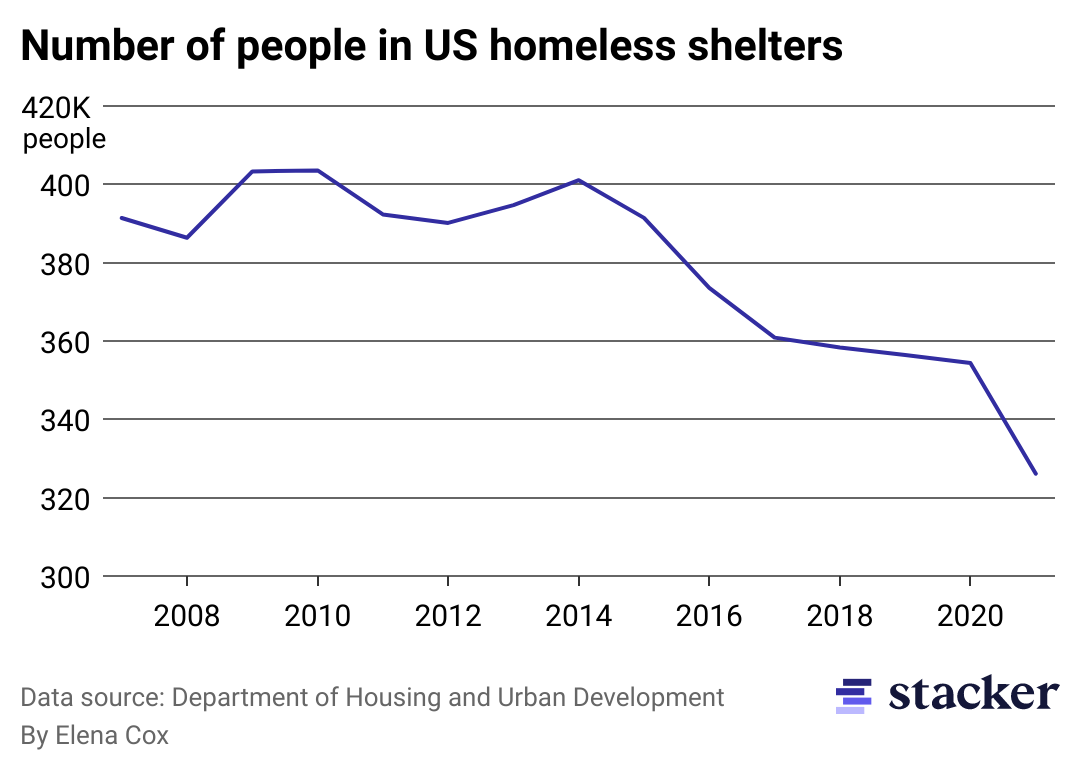 How the sheltered homeless population has changed since 2007

How the sheltered homeless population has changed in the last 15 years.

According to the National Low Income Housing Coalition, the capacity of homelessness assistance services like permanent supportive housing beds and shelter beds increased between 2007 and 2015. Strategic funding from HUD, coupled with resources from other agencies, helped to decrease the number of sheltered unhoused people over the past decade. The onset of the pandemic had mixed effects on rates of homelessness in the U.S. Increased economic instability and the risk of infection disproportionately impacted unhoused people, yet COVID-19 relief funding enabled the expansion of certain services, which allowed better assistance to the most vulnerable populations. 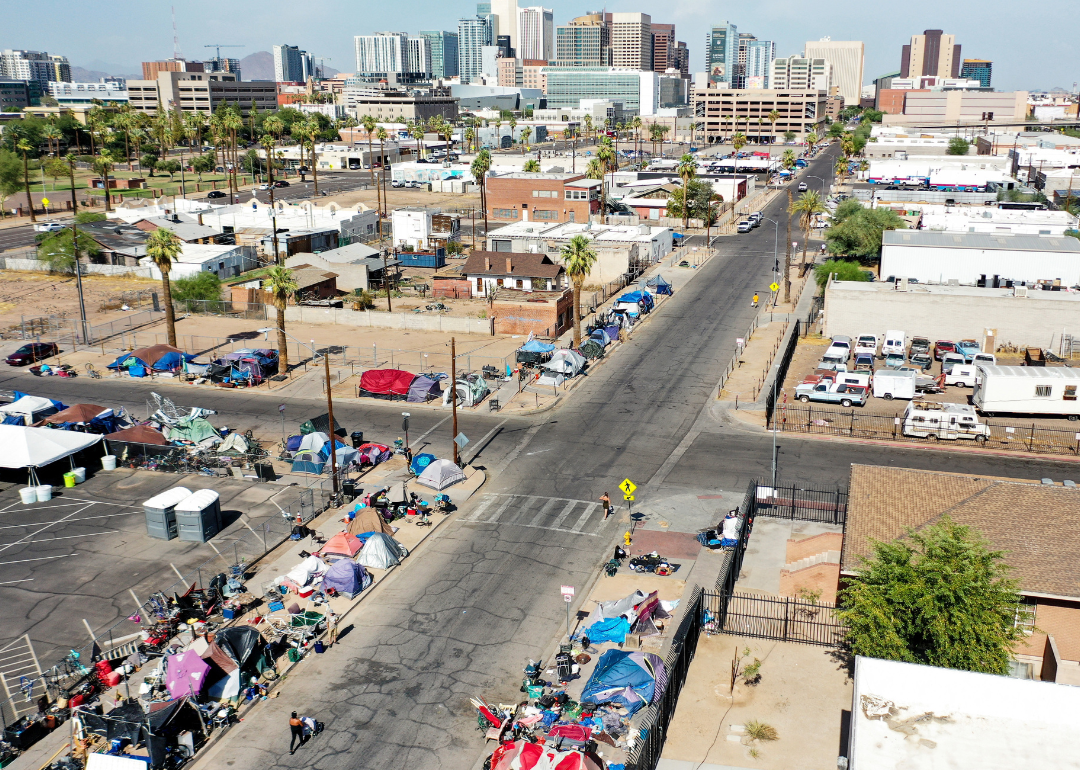 Phoenix made headlines in 2022 for issues ranging from mass deaths among unsheltered homeless people to a ballooning population of unhoused people in encampments across the city. Homelessness in the city had been on the rise for several years before the pandemic; however, the years since the pandemic began have seen a sharp uptick in both sheltered and unsheltered populations. Factors such as a shortage of emergency shelters, the pandemic-related recession, and a lack of affordable housing have contributed to the rise. 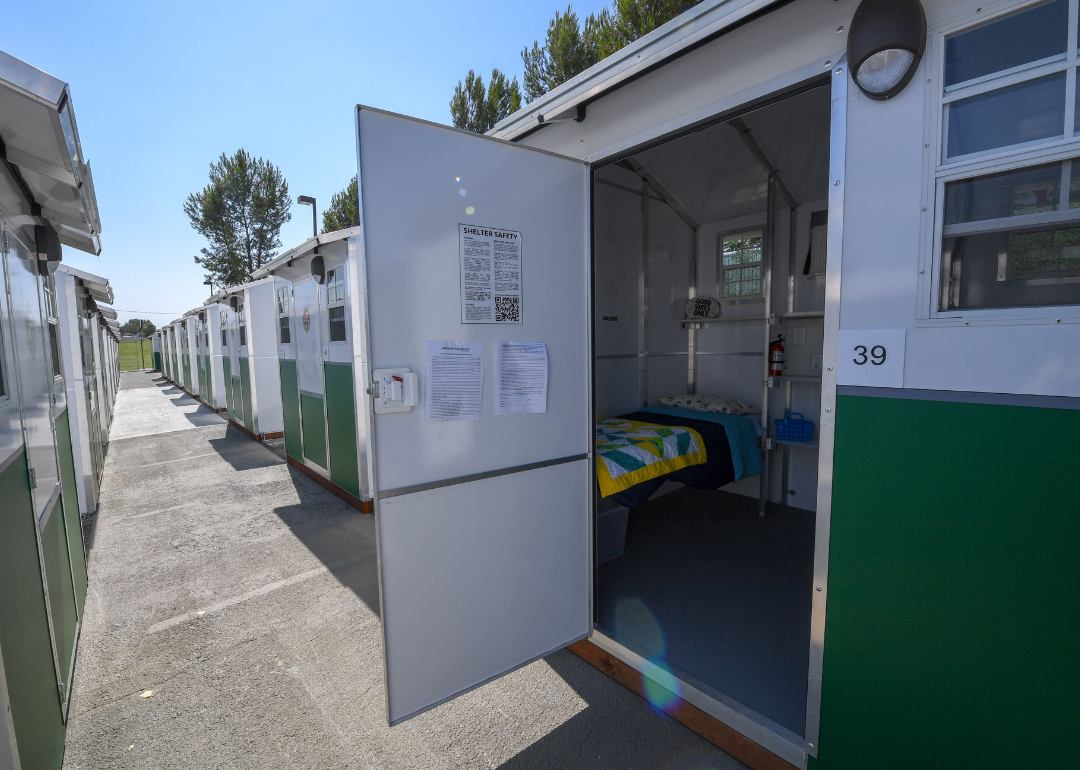 Affordable housing shortages and a lack of resources for aiding unhoused people in smaller towns in South Dakota have led to an uptick in homelessness. The issue is particularly evident in larger cities like Sioux Falls; small towns have reportedly bought unhoused people bus tickets and taxis to cities with more infrastructure and support. Meanwhile, shelters are at or over capacity in Sioux Falls. 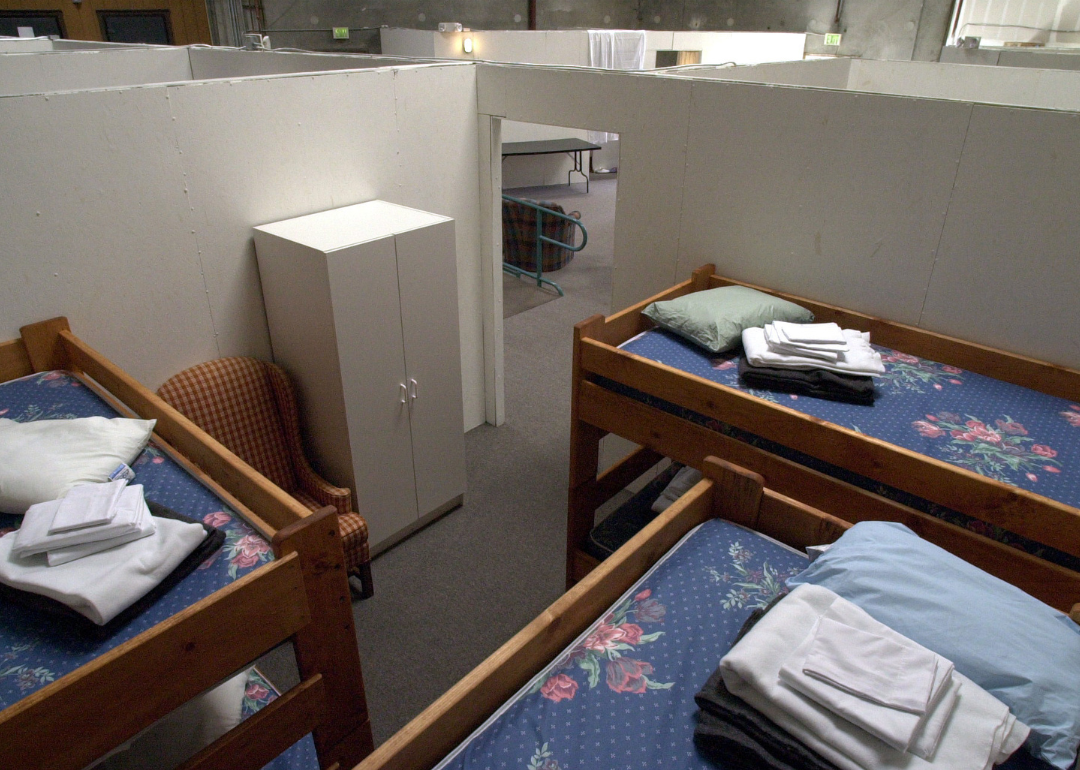 During the pandemic, vacant housing rates plummeted, reaching their lowest in 10 years. At the same time, rent prices went up across the state. With little housing available—and an even smaller portion of it affordable—levels of homelessness increased. The low vacancy rates also contributed to the increase in the average amount of time unhoused people spent in shelters. And despite the federal eviction moratorium during the pandemic, many Alaska residents were forced out of their housing anyway. 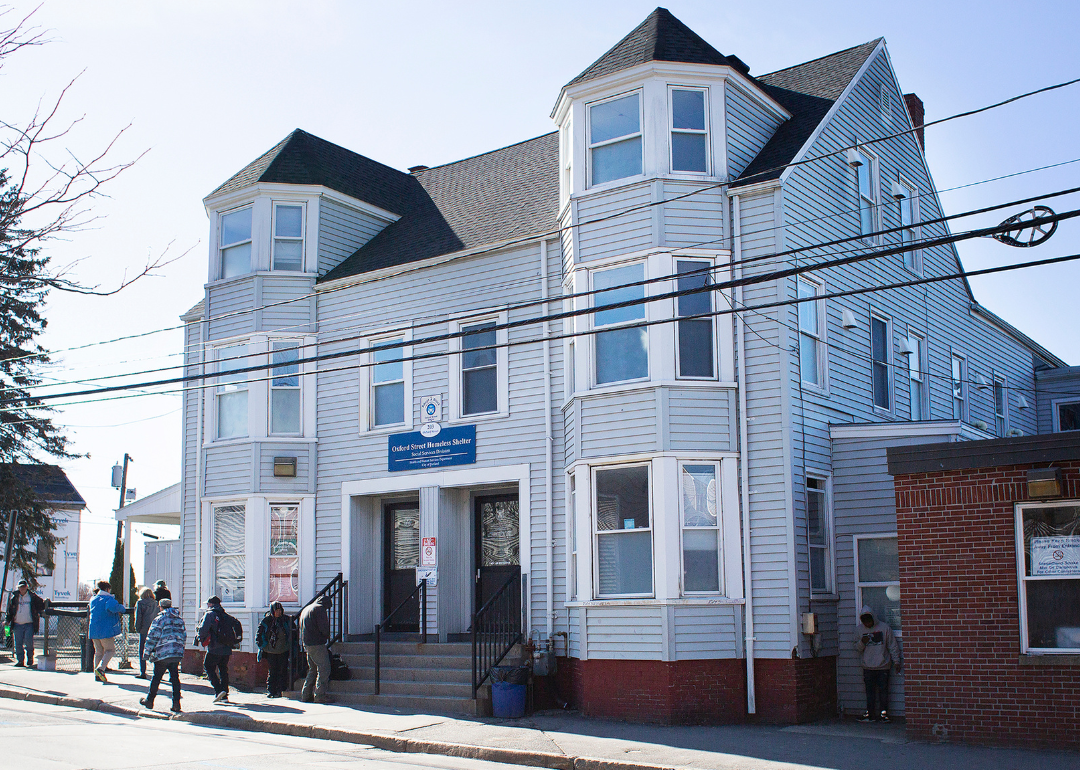 Maine received federal aid to help house an increasing unhoused population in hotels, a measure meant to disperse crowded shelters that posed an elevated risk of infection during the pandemic. Hotel rooms and shelters, however, are only transitional housing and do not provide long-term solutions. The rising cost of long-term housing and its limited availability forced many unhoused people to spend longer in shelters and other transitional housing. 2021 data showed roughly one-quarter of Maine’s homeless population is under 18.

You may also like: The richest town in every state 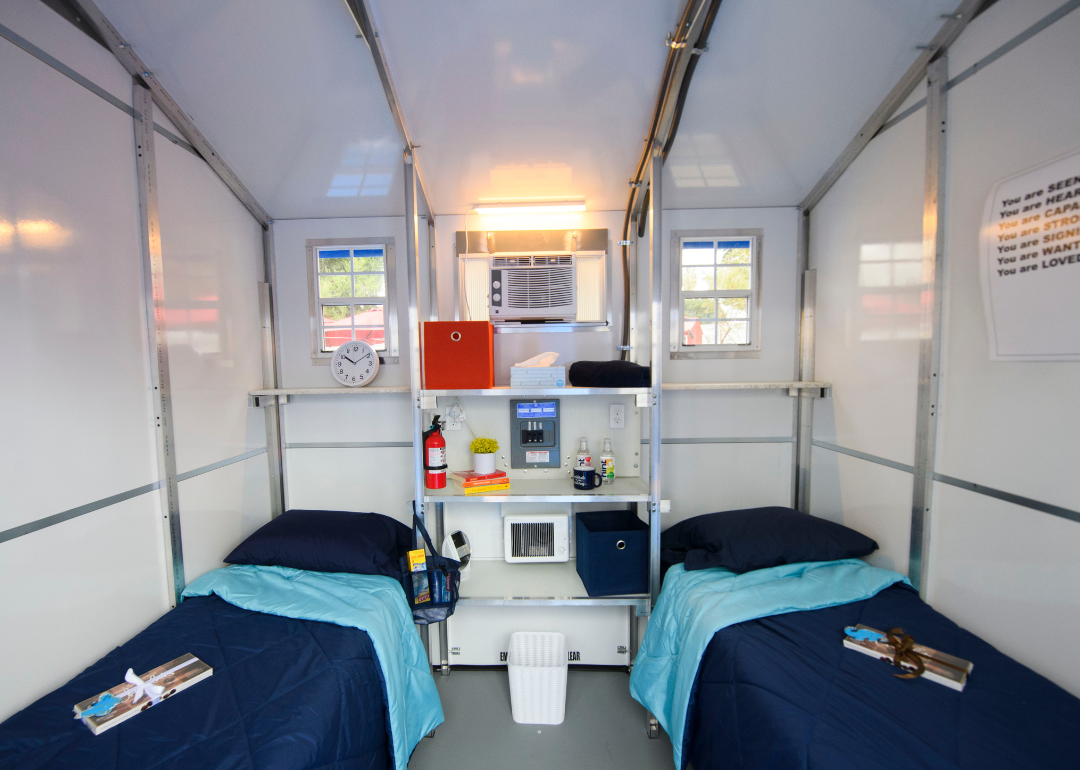 After the pandemic’s eviction moratorium ended in June 2022, Virginia saw a spike in people losing their homes and going to court to fight evictions. Pandemic-related funding for transitional hotel housing for people experiencing homelessness also ended, leaving many to return to the streets or find shelter elsewhere. A shortage of space in emergency shelters is an ongoing issue in parts of the state, where waitlists to get into some facilities are in the hundreds. The closure of seasonal hypothermia shelters further contributed to a rise in unsheltered unhoused people. 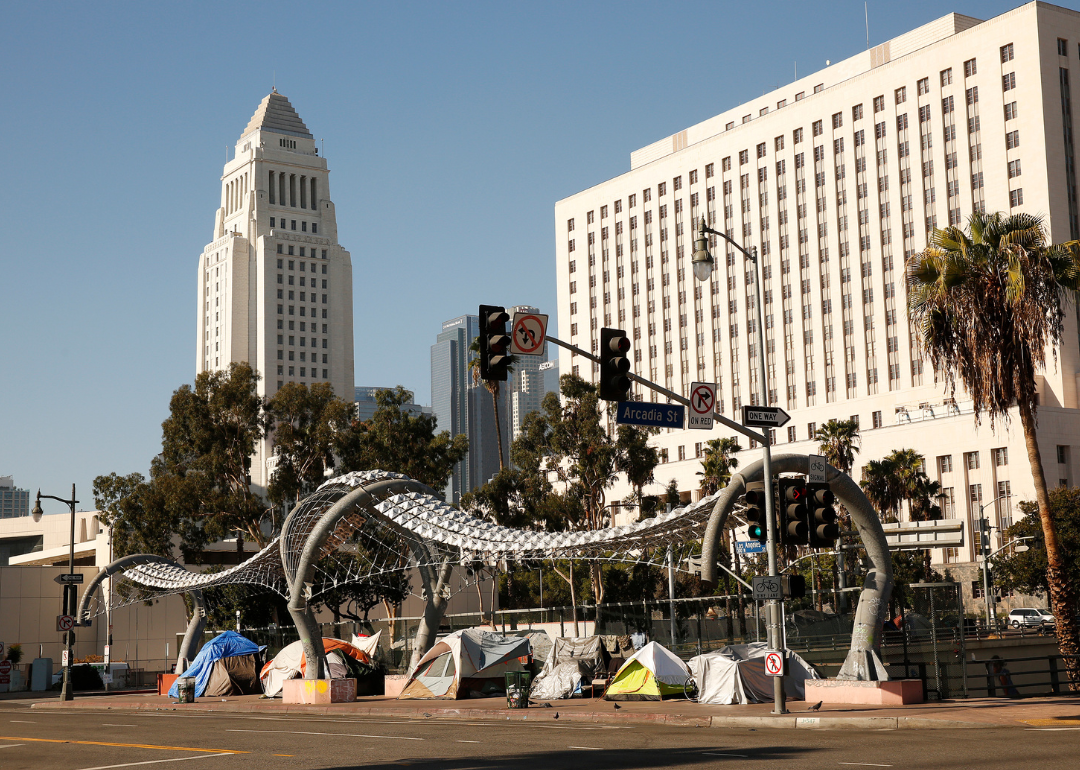 As the state with the largest homeless population in the country, California lawmakers and advocates have long sought to mitigate what many have called a homelessness crisis. In many parts of the state, including in Los Angeles, where roughly 2 in 5 of California’s unhoused population resides, extreme heat and escalating crackdowns by law enforcement on encampments have put an already-vulnerable population even more at risk. Deaths of unhoused people in LA County have increased by at least 160% since 2015. California Gov. Gavin Newsom, who has long highlighted the issue of homelessness in his administration, has faced criticism from advocates of unhoused people for actions like clearing encampments and using courts to compel unhoused people into mental health services under threat of criminal charges. 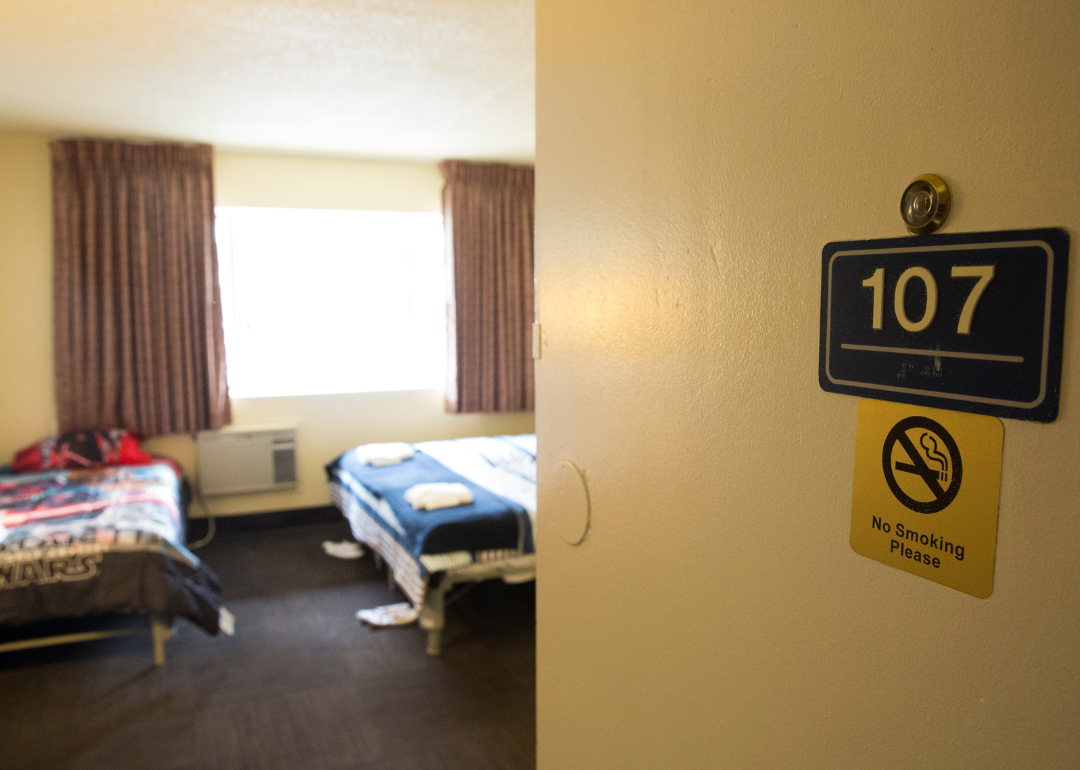 Until this year, Bozeman, one of Montana’s largest cities, did not have a shelter for unhoused people that was open year-round, meaning many people had to stay in encampments or on the streets between April and October, a dangerous venture considering the state’s extreme weather. In 2021, several unhoused people living outdoors froze to death in an April snowstorm. While officials have laid out plans to invest in affordable housing, the rising cost and lack of housing availability have complicated efforts to mitigate the increasing number of unhoused Montana residents. 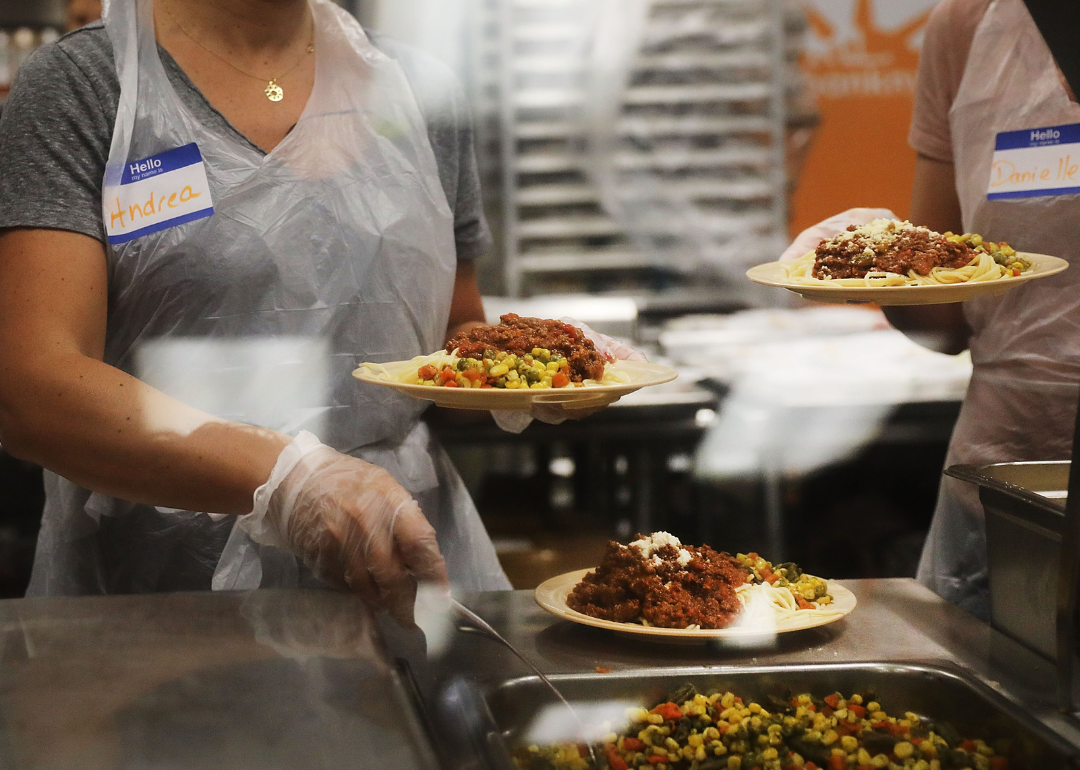 Some advocates attribute the uptick in Minnesota’s sheltered homeless population to the fact that the state was using pandemic funding for sheltering unhoused people in hotels while the 2021 count was taking place. Since more people were sheltered, rather than living on the streets or in encampments, the sheltered homeless count went up. However, when the eviction moratorium and rental assistance ended, state officials and advocates saw an instant increase in the overall unhoused population. 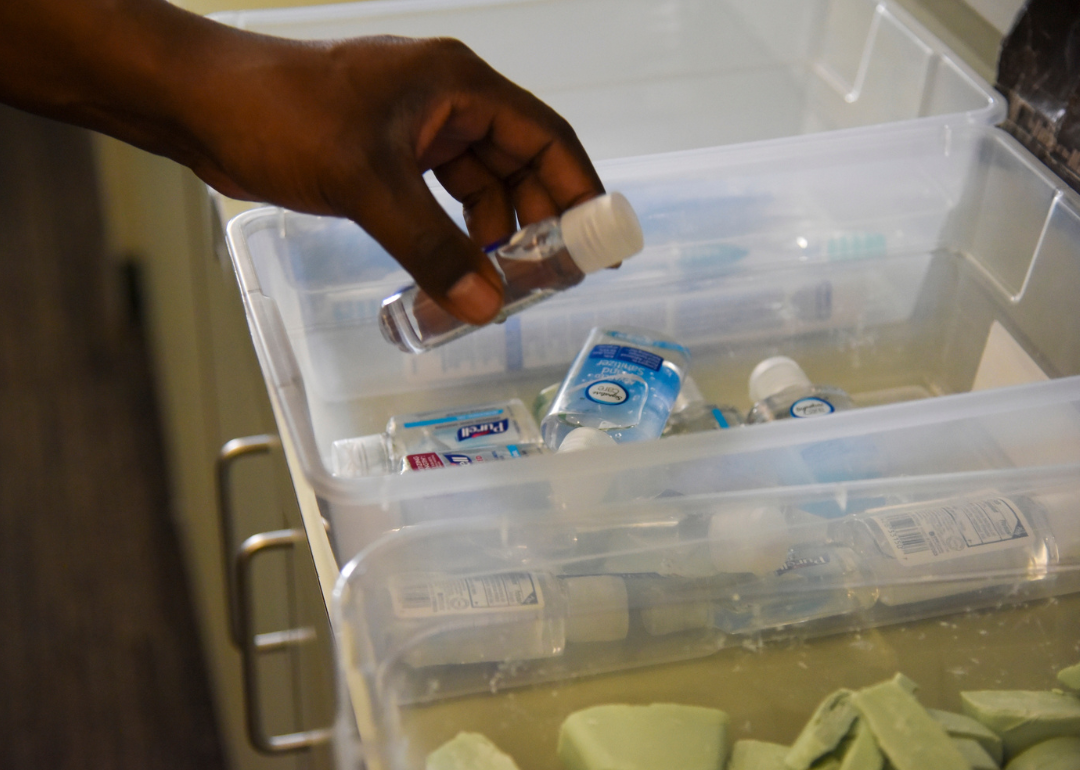 Rhode Island passed a Homeless Bill of Rights in 2012, becoming the first state in the nation to do so. The Homeless Bill of Rights protects unhoused people from housing status-based discrimination. However, problems persist for Rhode Islanders experiencing homelessness, the number of which has been increasing since before the pandemic. While pandemic funding enabled many unhoused people to shelter in motels in the state, the program’s end coincided with fewer affordable housing options than usual, making it difficult for people to find sustainable, long-term housing solutions.

You may also like: How much the typical home cost in your state in 1950 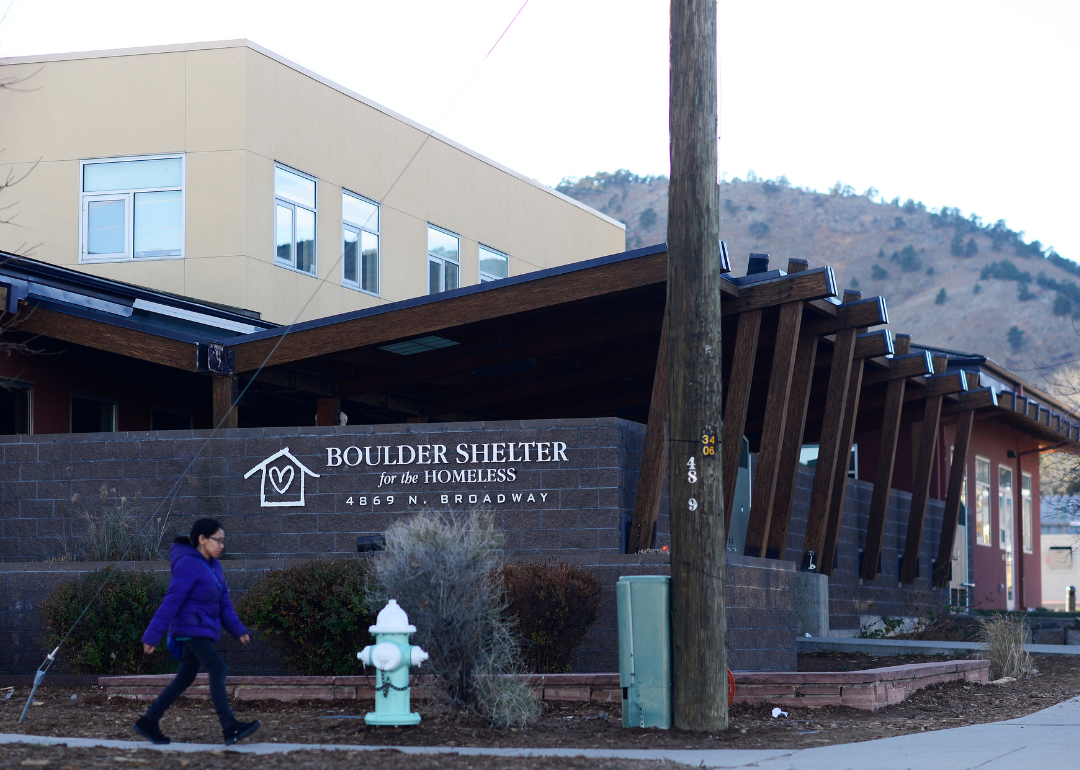 The rate of sheltered, chronically unhoused people in Colorado increased more between 2007 and 2021 than in any other state, while the city of Denver ranks #3 in the nation—behind Los Angeles and New York City—for the most people experiencing sheltered homelessness. In Denver, the number of people experiencing homelessness for the first time doubled between 2020 and 2021, and Black and Indigenous people were disproportionately affected by homelessness overall.

The rising cost of living in Denver and other parts of the state, coupled with few available homes, have contributed to the crisis. Denver has piloted some programs meant to mitigate the problem, including the Supportive Housing Social Impact Bond Initiative, a housing-first program that provides people experiencing homelessness with resources like housing, mental health and medical services, and employment assistance. 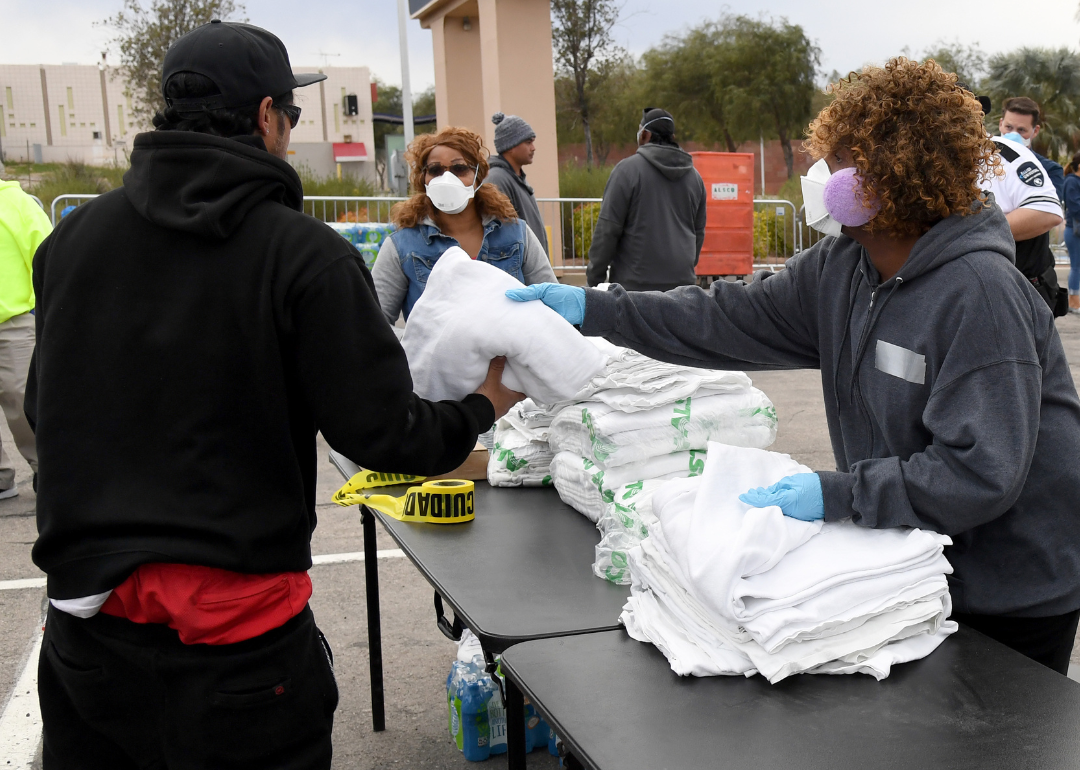 Despite the passage of legislation designed to protect tenants’ rights during the pandemic, investigations into the practices of some landlords and owners of extended-stay hotels in Nevada revealed potentially thousands of unlawful evictions. Aside from defying the eviction moratorium, many people who qualified for or applied for rental assistance were also evicted. Meanwhile, affordable housing shortages and skyrocketing rent prices have forced more people into homelessness. 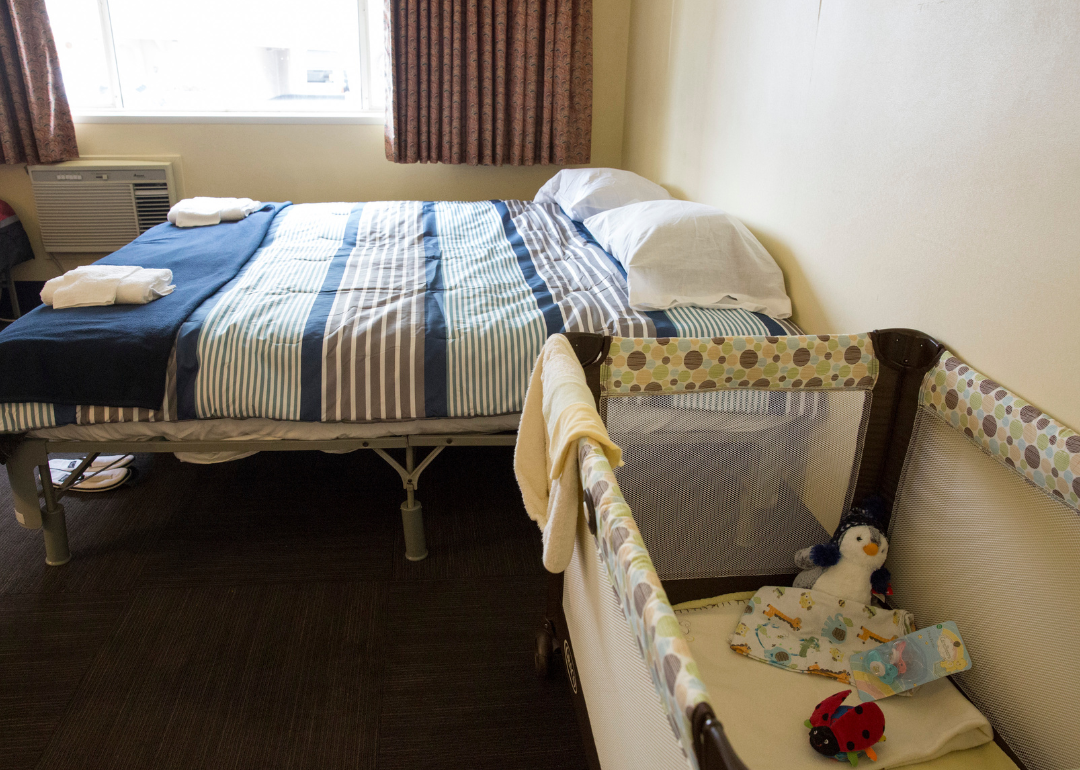 In the year leading up to the pandemic, rates of homelessness in Arkansas decreased, but in the early part of 2020, economic and social hardship caused a stark reversal in the trend. Despite the eviction moratorium, advocates for unhoused people reported seeing evictions still occurring in the state during the pandemic. Issues like food insecurity and a lack of affordable housing options, which existed before the pandemic, became even more significant issues during and after lockdown and contributed to the spike in homelessness. 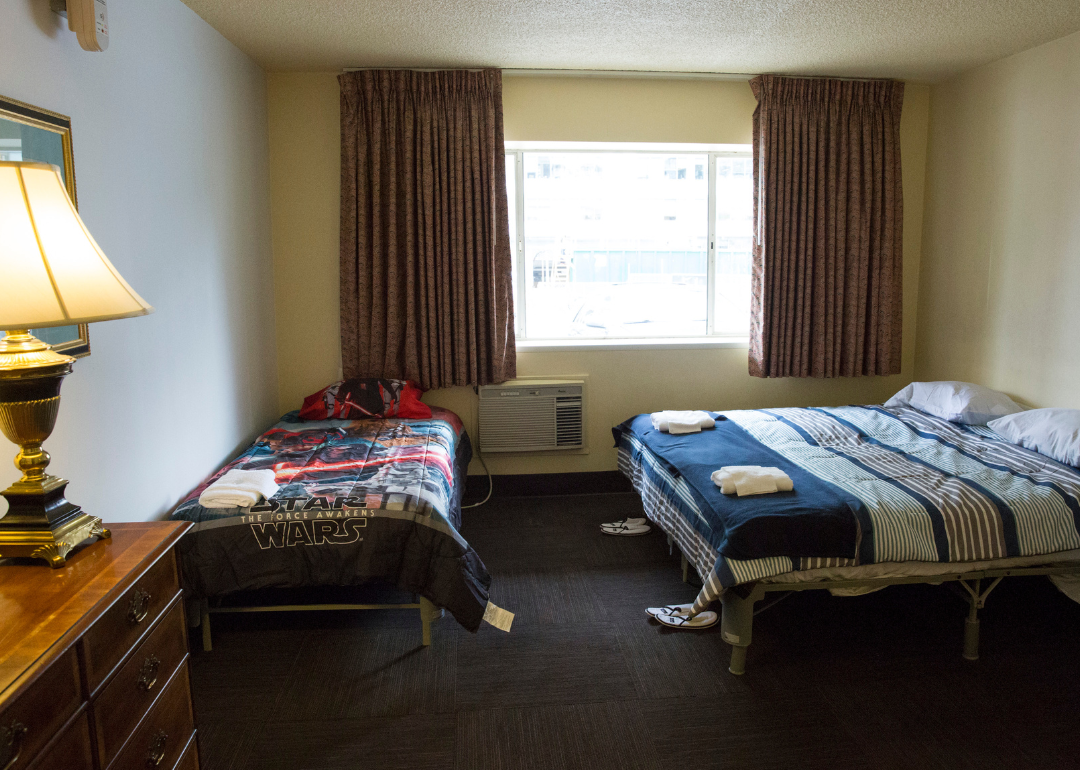 Advocates and experts have attributed part of Delaware’s significant increase in homelessness to the need for more space to alleviate high infection rates during the pandemic. For many people on the verge of homelessness before the pandemic—those staying with family or couch surfing—cramped homes occupied by multiple households became impractical and even dangerous, forcing many onto the streets or into emergency shelters. Children made up a large portion of the increase of unhoused people. Some estimates place the shortage of affordable housing units in Delaware at roughly 20,000. Efforts to reduce unsheltered homelessness include initiatives like the construction of pallet villages with community engagement specialists. 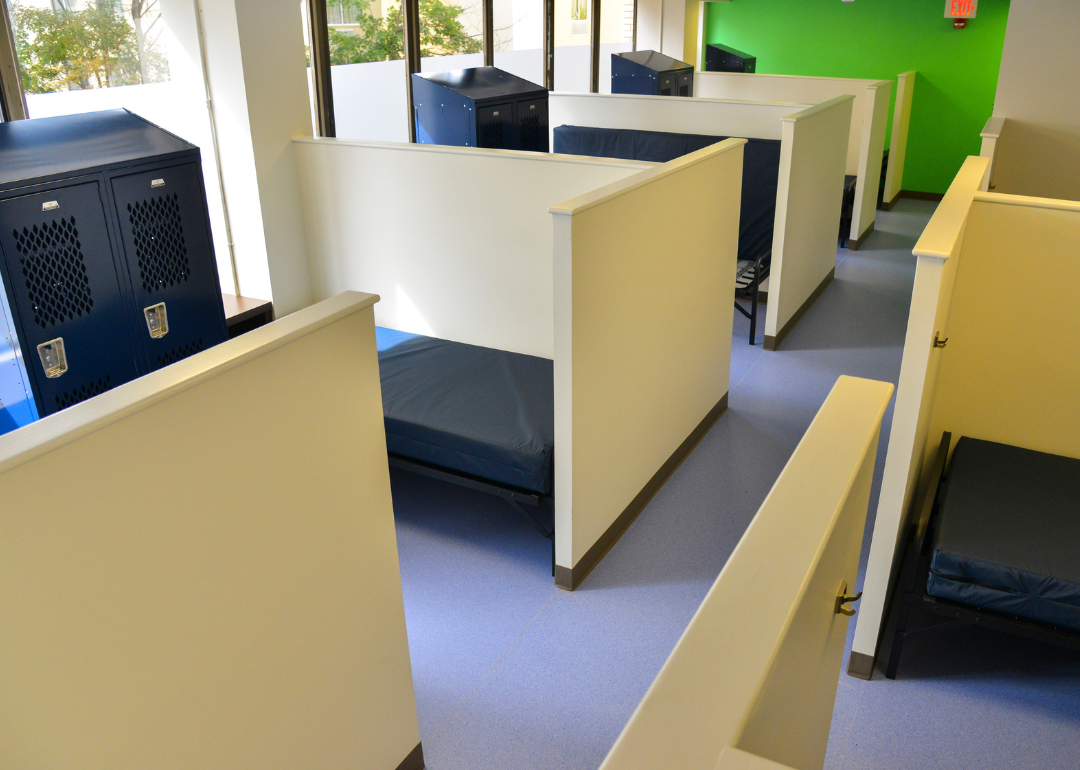 View of cubicles in sleeping area of a temporary homeless shelter

While Vermont has spent hundreds of millions of dollars combatting homelessness over the past two years, rates of people experiencing homelessness have continued to rise in the state, according to a Vermont State Auditor’s report. Despite the funding, fragmented rather than cohesive strategies for targeting the problem are thought to be partially to blame for the continued rise in homelessness. Besides the factors cited by several other states as contributing to the increase in homelessness—such as housing shortages and rising housing costs—Vermont state officials also pointed to the rise of previously long-term housing being converted into expensive, short-term rental properties as a component of the crisis. This phenomenon has reduced available long-term housing options, creating low supply and high demand and increasing prices.

You may also like: Best place to live in every state 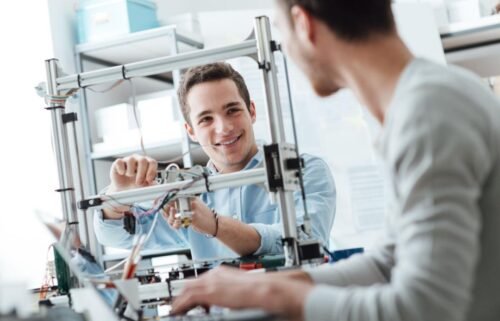 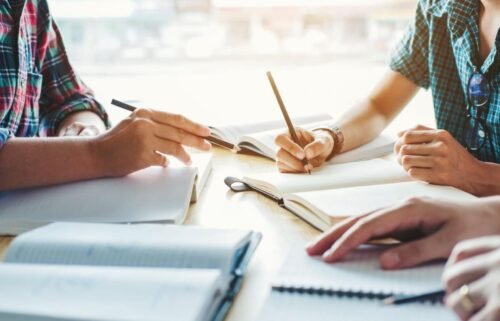 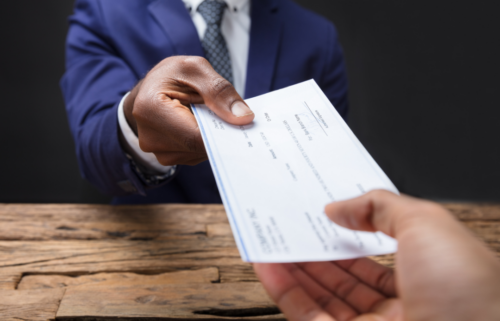 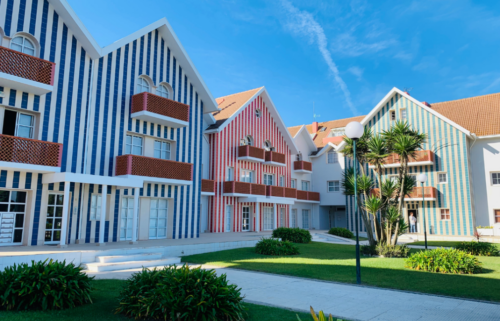