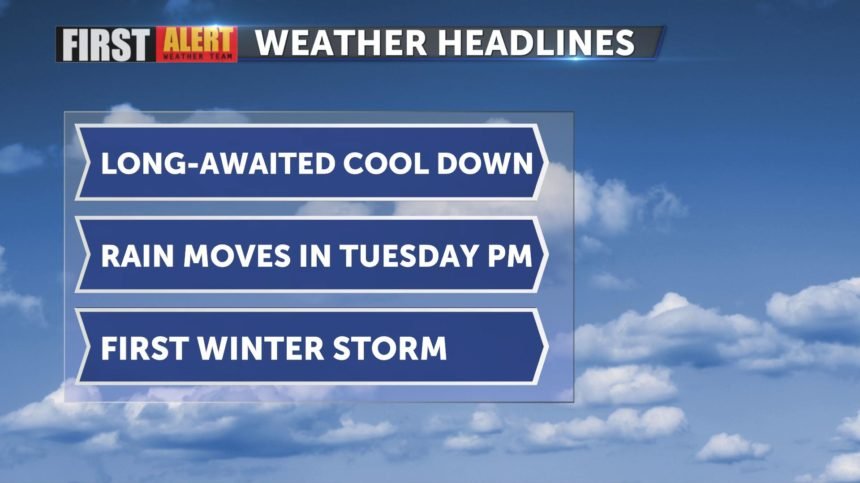 Have you reached your too-warm limit? Palm Springs recorded a high temperature of 89° this afternoon while Thermal peaked at 90°, setting a new record high for the date.

A long-awaited cool down is now quickly approaching with the mercury beginning to drop tomorrow! A ridge of high pressure is weakening and a strong trough will be surging down to the south bringing cooler and wetter conditions to the Golden State.

Tuesday will bring us cooler and cloudier weather as the low pressure system nears. Showers look to arrive as early as Tuesday evening with the bulk of moisture holding off until Wednesday. The desert accumulation totals won't be anything impressive (less than a quarter of an inch) but after 77 days of no measurable rain at Palm Springs International Airport, we'll take what we can get!

The higher elevations are expected to receive greater rainfall totals. A Flash Flood Watch has been issued for local mountains, going into effect tomorrow evening. Be prepared to take action quickly should flash flooding occur.

Mountains will get their first snow of the season and even down to as low as 6,000'. Headed up in elevation? Go ahead and pack those tire chains!

Most notable will be the drop in temperatures! Tuesday will be more than five degrees cooler than today and Wednesday will bring us highs in the 60s! 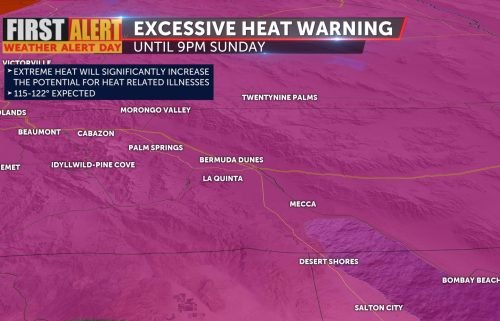 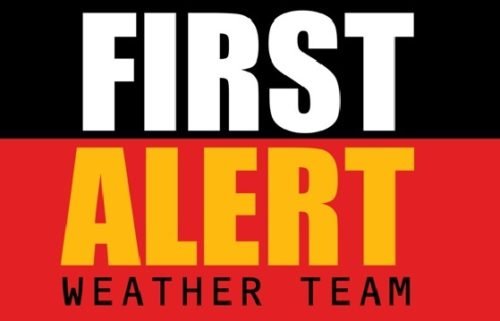 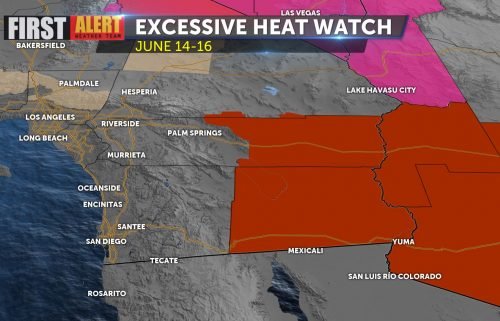