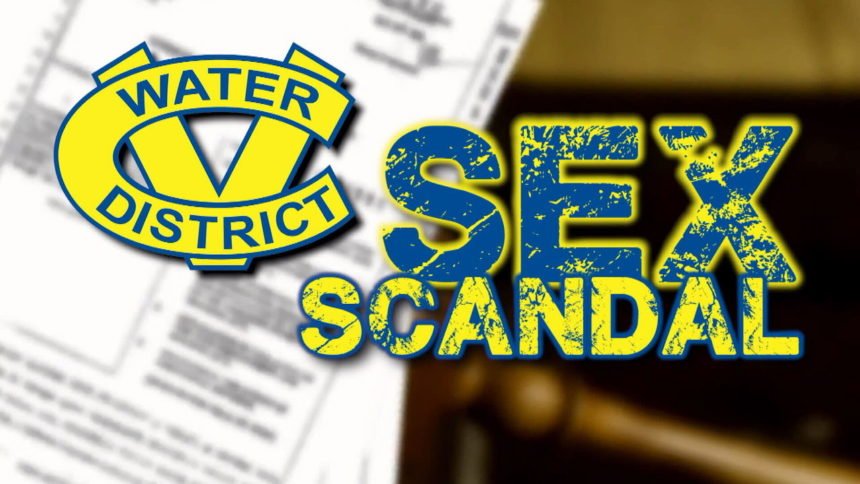 That's the opening line meter reader Alfonso Cruz says a supervisor used in October 2016 about his own wife.  The woman was a fellow employee and senior human resources specialist at the Coachella Valley Water District.

A lawsuit filed in March in Riverside Co. Superior Court alleges Cruz was harassed, humiliated and threatened by the supervisor and his wife over a period of two years about a forced sexual relationship with the woman that Cruz didn't want and tried to end.

"When you have a supervisor who is one of the top guys in the company, coming to you and making you do this," said Armen Zenjiryan, one of two attorneys representing Cruz.  "Sending you text messages on how to have sex with his wife, forcing you go to specific places...have sex on balconies, so he can watch from the pool, forcing his wife on you, calling you, emailing you and texting you, this is harassment.  This is classic harassment at its core."

In explicit detail, the 23 page complaint describes sex acts Cruz' supervisor arranged, many times with "extremely specific instructions on how to have sex," and sometimes at a moment's notice.

The encounters allegedly took place in Cruz' own office and in the human resources office at the Water District.  Also at local hotels, casinos, and at the MGM Grand in Las Vegas, where the three were attending a conference for the CVWD.

Cruz alleges his "obsessive" and "controlling" supervisor said "'If you don't f***ing do this, I will ruin your life.'" When Cruz said he was busy, his boss threatened to fire him or make him "dig ditches out in the desert."

Part of the supervisor's "lecherous sexual desires" included demands to "document their encounters with photos and videos."

Cruz' other attorney Andy Tsarukyan said any conjecture that Cruz was using the suit as an elaborate means to cover up an extramarital affair are not true.

"He's not just using this ploy to explain an extramarital affair, but he is having his "me too moment' as well," said Tsarukyan.

"These people have been allowed to behave this way, and mistreat these people, and abuse these people because of the positions they have occupied for so long," said Zenjiryan.  "They failed to protect him from the conduct of his supervisor.  of the conduct of a human resources executive, and as a result, he suffered significant damages, including emotional distress."

Zenjiryan said Cruz turned to alcohol and Xanax in order to cope.  The complaint said Cruz' "marital relationship has also crumbled as a result of the harassment, retaliation and discrimination" he endured.

"And so this idea, that (Cruz is) going to come out publicly in the lawsuit against his employer...he's been there more than 15 years as an employee, jeopardize his job, face scrutiny...just to get out of an affair, when he could easily have just been quiet?" asked Tsarukyan.

"Our priority is the investigation, which we are taking very seriously," said Katie Evans, Director of Communications and Conservation for the Coachella Valley Water District.

"CVWD received a complaint against two of our employees and took immediate action," said Evans.  "An investigation is underway.  We are giving this our utmost attention and we are committed to doing so until the issue is fully resolved."

Evans said both employees were on paid leave pending the investigation.

Neither of the two named defendants could be reached for comment.