About 10 residents of Walton and Morgan counties spoke during the public comment period of the JDA’s regular meeting, held at the Bioscience Training Center at Stanton Springs.

The lack of transparency about the $5 billion deal, which was announced by Gov. Kemp on Dec. 16, was one of the primary concerns expressed by residents. The electric vehicle assembly and battery plant is expected to hire 7,500 employees, with production slated to begin in 2024. The plant will be located in Walton and Morgan counties and inside the city limits of Social Circle.

“To say that this is a surprise is an understatement,” said Social Circle resident James Evans. “The timing of it is questionable here at Christmastime with holidays and everything else. The biggest concern is just the lack of information. We’ve received nothing from the city of Social Circle, Walton County, the JDA, the state of Georgia, Rivian — nothing.”

Christina Wertz said she and her family had moved to Social Circle six months ago.

“Had I known what was planned for this area … I would never have moved here,” she said. … “The lack of transparency in all of this is deeply concerning to me.”

Jeanne Sutyak said she had just spent $30,000 replacing windows and floors in her Morgan County home, which she had believed would be her “forever home.”

“Am I going to be eminent domained out of my home?” she asked.

Rutledge resident John Strickland asked why the JDA had signed a non-disclosure agreement with Rivian and when it would expire.

Shane Short, executive director of the Development Authority of Walton County and who provides economic development services for the JDA, said the JDA will host a town hall meeting in the coming two weeks to address residents’ concerns. He said Rivian will follow up with another town hall meeting to hear from residents.

While Short said the deal is done and Rivian is coming to the area, the company is “open to listening to your concerns.”

“It’s a big impact, and we understand that,” said Short. “We did not recruit Rivian; Rivian came to the state of Georgia, and the state of Georgia came to this JDA. We were not the only community in Georgia that they looked at. They actually they looked at three other sites in Georgia. At the end of the day, the company selected Georgia. This is where they felt like they wanted to be. And we look forward to that town hall meeting where we can tell you more about the company and their footprint.”

Short said virtually every economic development project involves a non-disclosure agreement to protect companies’ interests. He said legally the JDA could not have commented on the project before it was announced by the governor.

Short said there was no intention to keep the project secret, “because, quite frankly, it benefits us. We love to tell good news, but we are legally bound by what we can and can’t say.”

He also explained that no eminent domain proceedings were used to acquire the 2,000-acre footprint that Rivian will occupy and none is planned in the future.

“There has been zero eminent domain on this project,” he said. “Every property owner gave us a price of what they wanted for their property. That’s how it worked.”

Verner Lane resident Neil Fitzgerald expressed concerns about upgrading the infrastructure, roads in particular, prior to the plant being constructed.

“My concern is with this plant coming in and with more people coming in from everywhere, we’ve got to work on infrastructure first,” he said.

Short said there are existing engineering plans by the Georgia Department of Transportation to help control traffic.

He also said it is unlikely that many of the 7,500 employees at the auto plant will live in the area, similar to what happened at West Point with the development of the Kia plant.

“We don’t have the housing. The housing doesn’t exist, and you can’t build enough homes in that time period to house that many people,” said Short.

Short said West Point hasn’t changed much from what it was 20 years ago.

There will be some new homes built, he added, but said that the affected counties are already working to control growth with stricter zoning regulations. He said the lack of sewer will also limit development in unincorporated Walton and Morgan counties. 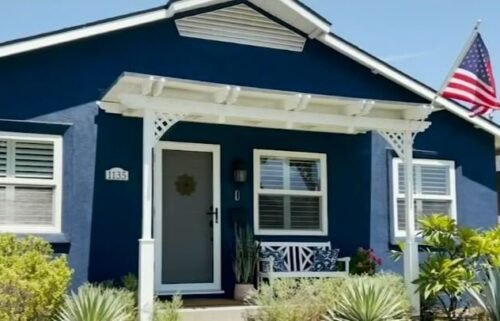