A Qantas flight was forced to return to Sydney when smoke filled the cabin shortly after takeoff.

Passengers on Perth-bound Flight 575 evacuated the plane via slides on Saturday.

In a statement to CNN affiliate 7news, Qantas said a hydraulic fluid leak was the likely cause of the incident.

“The captain elected to return to Sydney and the aircraft landed safely shortly afterwards. No emergency was declared,” said the statement. “Once the aircraft was back on the gate there were reports of a thick haze in the cabin, likely caused by hydraulic fluid entering the air conditioning unit. While customers may have thought it was smoke, there was no fire.”

Passenger Kelly Guerard told CNN that the Airbus A330-200 turned around after about 30 minutes in the air.

“When we landed, we were told to stay seated and keep our seat belts on,” she said. “When I looked out the window I saw a fire truck and started smelling and seeing smoke.”

A few minutes later, the captain ordered everyone to evacuate, Guerard said, and the flight attendants opened the emergency exit doors while talking “very loudly.”

“I was the last person in the back so I was the first one to jump off the plane from the slide,” Guerard said. “That was pretty scary! Once I was off the plane, I saw every one jumping off and were really scared. Some people even got slightly injured while sliding.”

Guerard, who was traveling from Quebec City, took some videos of passengers using the slides to leave the plane.

Another passenger told CNN affiliate 9News that “everybody just panicked” when the order to evacuate came.

One person was taken to to hospital after making their way down the slide, 9News reported.

Qantas Fleet Safety Captain Debbie Slade told 9News that it was “a very rare event and one we take very seriously.”

She added: “We’ll investigate exactly what happened, including liaising with Airbus, before this aircraft is returned to service.” 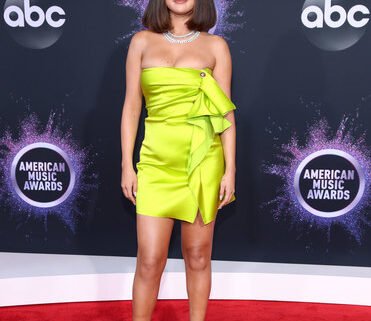