Nepal’s population of one-horned rhinos has increased to its highest number in more than 20 years, partly owing to a pause in tourism due to the Covid-19 pandemic that allowed the animals’ habitats to regenerate, conservationists said.

The population of rhinos across four national parks in Nepal increased to 752 in the latest count, up by more than 100 from 645 animals in 2015, according to Haribhadra Acharya, information officer at Nepal’s Department of National Parks and Wildlife Conservation (DNPWC).

Since 2000, no previous survey of rhino populations by the Nepali government has found more than 650 of the animals.

Acharya said the tally was calculated by teams who divided the huge rhino habitat into squares and then counted the animals inside manually, sometimes riding domesticated elephants to cover the distances between areas.

It took about three weeks to count all the rhinos by a “direct sighting method,” with Chitwan National Park proving the most difficult area due to its large population of the animals, Acharya said. According to the 2015 census of the rhinos, 90% of the animals lived in the park.

Acharya said the rise in population was the result of a number of changes, including investment in habitat management, controlling poaching and translocation of rhinos between habitats.

“Chitwan (National Park) is a major habitat for rhinos in Nepal but we have translocated them to (other parks) to make an alternate population and (as a result) the population has increased in those parks, and in Chitwan as well,” Acharya said.

But Acharya said the pandemic, which stopped both domestic and international travelers to the national parks, was likely also a factor. “Because the tourists were almost zero, the habits were not disturbed,” he said.

Nepal’s success stands in contrast to many coronavirus-hit conservation projects that have seen a drop in tourism and corresponding fall in funding, including in South America and Africa.

The greater one-horned rhino is listed as a vulnerable species in the International Union for Conservation of Nature’s (IUCN) Red List, with fewer than 2,200 of the animals remaining in India and Nepal. It is already extinct in Bangladesh and Bhutan.

The rhino has come under threat from poachers due to its horn, used in traditional Asian medicine, according to Nepal’s DNPWC.

A rhino horn can grow up to 8.25 inches (21 cm) long, and they are trafficked despite having no proven medical or therapeutic benefit. Armed guards have in the past patrolled the parks’ borders in an effort to deter poachers.

A 2016 paper in the International Journal of Applied and Natural Sciences said local people had been given rewards for information on rhino-related illicit activities.

“Poaching or trade in wildlife products continue to pose a serious threat to the whole country,” the report said.

Acharya said he is happy to see more one-horned rhinos, but noted the rising population posed new problems for conservationists.

He said the forest area home to the rhinos could not be increased and authorities needed to ensure the animals had proper access to food and water.

“It is a challenge but we are managing the habitat intensively to support the higher density,” he said. 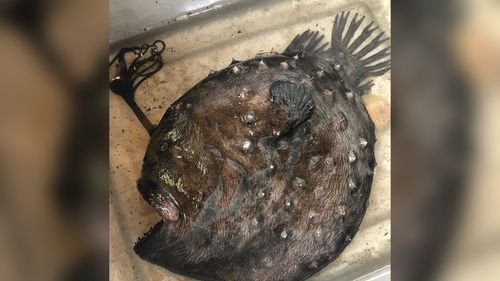