Grande announced the news of her casting to her 274 million Instagram followers on Thursday with a carousel of images that summed up her excitement to be part of the project, along with the caption “Thank goodness.”

In one photo, the “Thank U, Next” singer is seen on a video call with director Jon M. Chu (“In the Heights,” “Crazy Rich Asians”) and her co-star Erivo.

Grande also shared a snap of the flowers Erivo sent her, which included a note that read, “‘Pink goes good with green.’ Congratulations Miss A, the part was made for you, I look forward to sharing this musical journey with you.”

Erivo won a Tony, Grammy and daytime Emmy for her performance as Celie in the stage revival of “The Color Purple,” and was recently nominated for an Emmy for her portrayal of the Queen of Soul, Aretha Franklin, in National Geographic’s “Genius: Aretha.”

She also confirmed her gravity-defying next role with an Instagram carousel.

Among her posts was bunch of flowers from Grande, with a note that read: “Dear Cynthia, honored doesn’t even begin to cover it. I cannot wait to hug you. See you in Oz.”

Serving as a prequel to “The Wizard of Oz,” “Wicked,” tells an alternative version of events in Oz before Dorothy’s arrival.

The musical, written by Stephen Schwartz and Winnie Holzman, follows the misunderstood Elphaba, who later becomes the Wicked Witch of the West. Grande and Erivo will be playing Glinda and Elphaba, respectively, in the movie.

According to the theater news website Broadway World, “Wicked” is one of the most commercially successful musicals of all time, making $14.8 million at the Broadway box office last year alone.

In a post on Twitter, Chu told fans of the musical to “Get ready for a match up like you’ve never seen!!! In pink and green!!!”

And it seems the choice for the two leads is a popular one.

“Frozen” star Idina Menzel — who won a Tony Award for playing Elphaba on Broadway — took to Instagram to congratulate the pair.

“Congrats to two amazing women,” she wrote. “May it change your lives for the better forever and ever as it has for us. So much love. @cynthiaerivo @arianagrande.”

Grande is no stranger to the “Wicked” world. In 2018, the 28-year-old singer, who starred in the 2008 musical “13” before becoming a household name, performed “The Wizard and I” for ” A Very Wicked Halloween: Celebrating 15 years on Broadway.” 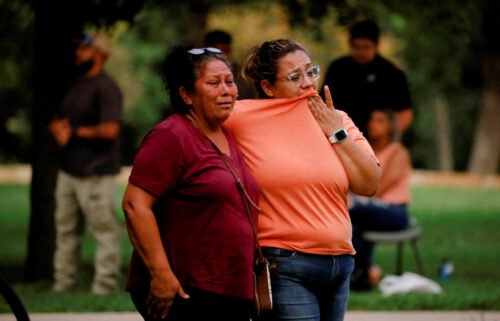