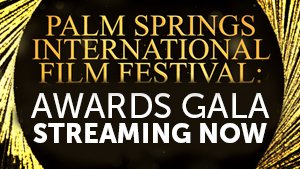 The Palm Springs International Film Awards has announced that "The Fabelmans" is the recipient of the Vanguard Award.

The Vanguard Award is a group honor distinguishing a film's cast and director in recognition of their collective work on an exceptional film project.

The award will be presented to director Steven Spielberg and cast members Michelle Williams, Paul Dano, Seth Rogen, Gabriel LaBelle and Judd Hirsch who are all expected to attend.

Steven Spielberg’s "The Fabelmans" is a cinematic memory of the forces, and family, that shaped the filmmaker’s life and career. A universal coming-of-age story about an isolated young man’s pursuit of his dreams, the film is an exploration of love, artistic ambition, sacrifice and the moments of discovery that allow us to see the truth about ourselves, and our parents, with clarity and compassion.

“The Fabelmans is an achievement not only as a deeply personal portrait of Steven Spielberg’s childhood, but also as a profoundly universal story that each and every one of us can relate to. Giving audiences a glimpse at Spielberg’s early love for movies and moviemaking, the film features a tremendous ensemble performance by Michelle Williams, Paul Dano, Seth Rogen, Gabriel LaBelle and Judd Hirsch, making it one of the must-see films of the year,” said Festival Chairman Harold Matzner. “It is our honor to present the Vanguard Award to The Fabelmans.”

Past recipients of the Vanguard Award include Academy Award Best Picture winners "Green Book" and "The Shape of Water" as well as Best Picture nominees "Belfast," "La La Land," "Little Miss Sunshine" and "The Trial of the Chicago 7."

Check Out our Film Festival page for the latest updates

The Film Awards will take place in-person on January 5, 2023 at the Palm Springs Convention Center, with the festival running through January 16, 2023. The event will be presented by American Express and sponsored by Entertainment Tonight and IHG Hotels & Resorts.