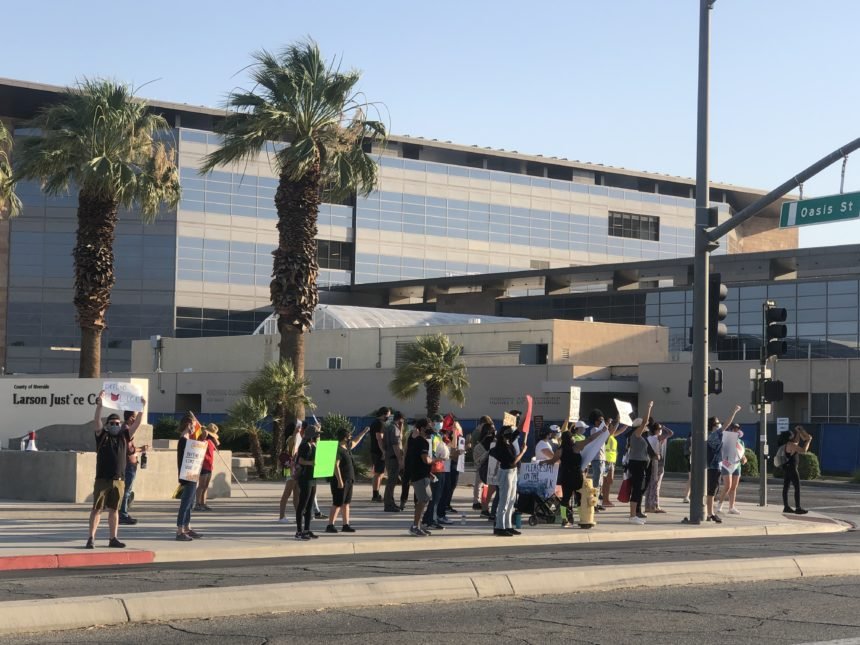 More than fifty protestors gathered on Saturday night in front of the Larson Justice Center in Indio calling for change after the death of George Floyd.

The protestors first gathered at the Pawley Pool Aquatic Center on Jackson street to listen to seven guest speakers. Some of whom talked about inequality they say they've have experienced here in the Coachella Valley.

From there, the demonstrators walked to the corner of Oasis Street and Highway 111, chanting and holding up signs.

Some of the protestor telling News Channel 3 they're marching in solidarity for racial and economic justice.

“The message is that it doesn’t just start with the police department," said Martha Gonzales. "Its starts with the very top, the prosecutors the ones that defend the police they need to be held accountable as well.”

Event organizers said they plan to have another protest against Immigration and Customs Enforcement on July 4th in front of the Edoardo Tresoldi sculpture in Coachella between 5:30 p.m and 8:00 p.m.