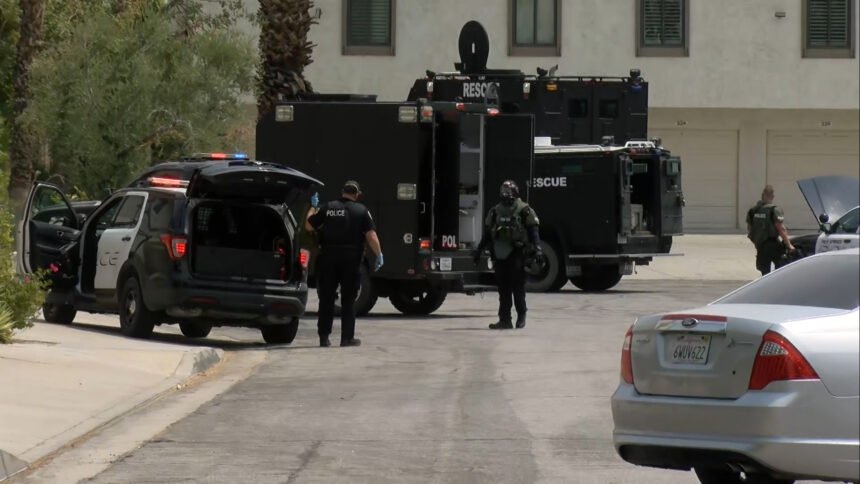 The suspect, identified by police as Bruce Lombardi, 37 of Palm Springs, was officially charged on Tuesday.

Lombardi was charged Tuesday with being a felon in possession of a firearm -- a felony -- and misdemeanor resisting arrest.

A suspect was apprehended after barricading himself inside a Palm Springs home for four hours Friday morning.

Police were called to a home on the 300 block of Santa Elena Road Friday at approximately 8:30 a.m.

According to PSPD, SWAT officers worked for several hours to negotiate with a subject who was acting erratically.

The suspect surrendered just before 12:30 p.m. after SWAT officers deployed tear gas into the location, the department announced.

The suspect was apprehended without further incident. According to PSPD, the suspect is being charged with Felon in Possession of a Firearm and Resisting and delaying Police officers.

We will publish the identity of the suspect when he is officially charged. Stay with KESQ News Channel 3 for continuing coverage.