Make loan and other debt payments on time, especially over the months leading up to the filing of your mortgage application. It sounds simple, but every 30-, 60- or 90-day delinquency on a loan or credit card is going to reduce the credit score the lender ends up considering as part of the loan file. That score, in turn, will determine how good a loan you get — if you get one at all. If something has to be missed, miss the credit card payment first, followed by the payment on any installment loan you might have and finally, the payment for an existing mortgage. That’s because credit-scoring systems look at the performance of similar loans first when deciding what type of score to assign. It will give the most weight to the performance of another mortgage, for example, then the performance of something like an auto loan, which features fixed payments and a fixed rate the way many mortgages do. Lastly, it would evaluate the payment performance of so-called “revolving” loans, such as credit cards, which feature variable payments that fluctuate with the outstanding balance.”If you had to prioritize — and we would hope you wouldn’t be in that situation — pay your mortgage loans, pay your installment loans, pay your revolving loans,” Israel says. Consider paying off more debt and putting down a smaller amount at closing. The move leaves borrowers with larger mortgages, but it will allow them to replace non tax-deductible, high-interest rate debt with lower-rate mortgage debt that features deductible interest.”We see that trend in the marketplace, whether it’s a refinance transaction or a purchase transaction,” says Larry Hamilton, chief executive officer of SouthTrustâ€™s mortgage lending division in Birmingham, Ala. “They are putting less equity in their homes, borrowing more against the homes and they’re paying off consumer debt, at least for a while.” Get the mortgage first if multiple financial obligations are going to pop up in the near future. Numerous credit inquiries, such as new applications for credit cards, can hurt a borrower’s credit score, especially if they’re filed in the months prior to the home loan review process. Increase the size of the down payment you’re able to make by saving as much as possible, as often as possible. Don’t put the savings into something volatile, such as an individual stock. But evaluate money market or other accounts that offer reasonable rates of return, automatic payroll deductions or other financial incentives to save.”It depends on how much you have saved already, but I think it’s important to take a portion of each month’s income and set it aside for the down payment,” says Brad Blackwell, senior vice president for retail mortgage banking at Seattle-based Washington Mutual Inc.While these are all good steps to follow, borrowers have to think of what they shouldn’t do as well. Resisting the temptation to splurge or slip-up in the credit arena is at the top of the list.Five dont’s First off, don’t make any big purchases over the next couple of months. Besides the obvious fact that it makes less money available for the down payment, it might require you to get yet another loan. A significant debt such as a $15,000 auto loan will look bad to the mortgage lender’s credit-scoring systems. Plus, the human underwriter won’t want to see you adding a couple of hundred dollars per month to your monthly expenses.”Generally, as a rule of thumb, you want your total debt obligation to be no more than 36% of your gross monthly income,” says SouthTrust’s Hamilton. “You certainly don’t want to load up on consumer debt if you’re anticipating purchasing a home and you’re unsure of what your mortgage payment is going to be and if you think you’re within the range of exceeding that 36% requirement.” Don’t try shooting for that six-bedroom house in the Hamptons if it’s going to be too much of a stretch in your current budget. Lenders consider what’s known in the industry as “payment shock” when approving loans. Somebody who goes from a relatively small monthly housing payment to a huge one either won’t qualify for a mortgage or will end up having to cover too much loan with too little money.”If you’ve paid all your bills on time, but you’ve been paying $450 in rent with a roommate and now you’re going to have a $1,650 principal and interest and insurance payment on a house, how would you handle your monthly payment?” asks Israel of Harris Bank. “You have to make sure you’re comfortable about that kind of a debt load.” Don’t just get pre-qualified for a mortgage, get pre-approved. To get pre-qualified, a borrower need only submit credit, income and debt information voluntarily to a mortgage broker or lender. That means the resulting estimate of the maximum mortgage and home that’s affordable is exactly that — an estimate. Before they can get pre-approved, however, homebuyers must allow their lenders to pull credit reports, check debt-to-income ratios and perform other underwriting steps. That puts a borrower much closer to obtaining a loan and locking in a rate and term. Don’t forget what kind of money personality you have when getting a mortgage. By taking out a 30-year fixed rate loan rather than a 15-year mortgage and investing the money saved on monthly payments, you might earn a higher return on your money in the long run. But that approach won’t work for people who spend any extra cash laying around on dinner and a movie twice a week. They can force themselves into saving and accumulating equity faster by going with the shorter term and higher payment. Last but not least, don’t forget that homeownership brings with it many burdens. The cost of defaulting on a loan is much greater than the penalty of missing a rent payment. Too many black marks on the financial history and it will be 23% interest credit card mailers that show up in the mailbox rather than the 9.9% ones your neighbor gets. 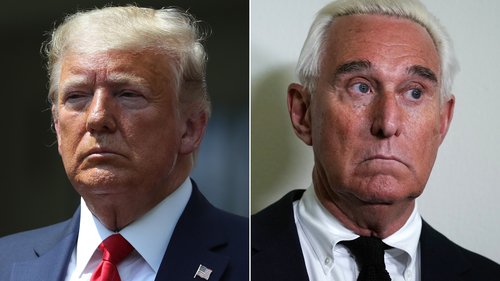