Yesterday, Tuesday, September 24th, Valley View Elementary School was placed on a precautionary lock down when a stray bullet entered the ceiling of a classroom. The reports of gunshots came in at 10:26 a.m., according to the Riverside County Sheriff’s department.

Valley Road was shut down between Morgan Avenue and Nelson Avenue for the investigation, but reopened at around 4:30 p.m.

A news release by the Sheriff’s Department revealed authorities gathered evidence that led them to a possible suspect residence in the 52000 block of Nelson Avenue. The Riverside County Sheriff’s Special Enforcement Bureau served a search warrant at the residence but was not able locate the suspect.

Students from Valley View Elementary were able to be picked up on the back end of the school around 1:20 p.m. near Adams Road and Avenue 53.

This morning around 10:30 a.m. an incident in the community resulted in a stray bullet entering the ceiling area of a classroom. Students and staff were evaluated and there were no reported injuries. The school remained in a lockdown protocol while police and fire responded to the scene to conduct a thorough investigation. Information was sent out to school families via the district all call system earlier today, assuring that ALL students and staff were safe. Valley View Elementary School was declared safe, however, as the situation outside the school is still actively being investigated, a staged release of students began at 1:20 p.m. via a rear school gate off of Adams Road. All after school activities included ASES and Migrant Program has been cancelled [sic] for Tuesday.

We appreciate your patience and trust during this incident. Student safety is always our highest priority. School will be in session tomorrow following a normal Wednesday schedule.

Sergeant Albert Martinez with the Riverside County Sheriff’s Department tells us the school was not an intended target. Officers secured the scene swiftly as the call came in, “We had officers at the school making sure that nothing was going to happen to those children because as parents, we understand that that is a big concern.”

Shawn Caballero, a parent of student at Valley View Elementary spoke with us today, “This kind of stuff is happening in the unfortunate world that we are living in and as a parent you just kind of hope that that doesn’t happen at the school that your child is going to, but it can happen anywhere.”

Coachella Valley Unified School District Superintendent, Maria Gandera, says every lockdown is different based on the situation but what remains the same is that the safety of students and staff will remain the number one priority.

Police are still looking for any information that can help them solve the crime. If you have any information please contact the Riverside County Sheriff’s Department or Valley Crimestoppers at (760) 341-STOP. 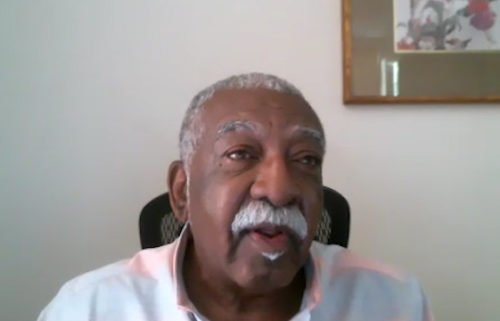