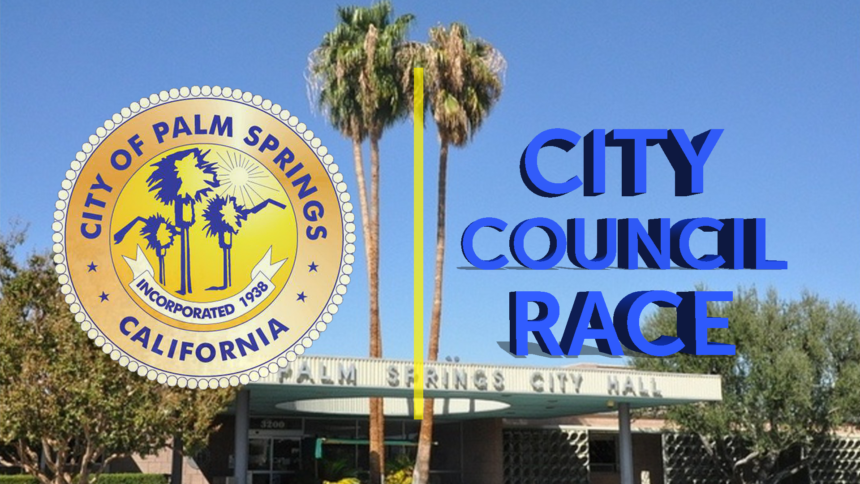 Voters will head to the polls Tuesday to fill three seats on the Palm Springs city council, marking the city's first district-based elections.

"It's important in every district to have everyone's voice heard and every district does have minorities it so we all need represent," said Miguel Navarro, a volunteer for Geoff Kors' campaign.

Palm Springs city council moved to split the city into five districts following allegation of racially polarized voting. City council elections were previously done on an at-large basis, with voters citywide choosing from a slate of candidates to fill all available seats.

There are 10 candidates running for three council seats in districts 1, 2 and 3. The transition to the district system will be completed in November 2020, when elections are held for Districts 4 and 5.

"We hired a consultant to do an analysis and we did find that there were some racially polarized voting in past elections,' said city clerk Anthony Mejia.

"Knowing that we're in districts, it's smaller, and knowing that someone lives in our district that's advocating for our district is very important," Anthony Mejia said. "Districting does accomplish making sure that people get involved."

Only one incumbent is up for reelection on Tuesday. Councilman/Mayor Pro Tem Geoffrey Kors is looking to represent District 3.

Mayor Rob Moon and Councilman J.R. Roberts -- who both also live within the boundaries of District 3 -- are not seeking reelection. Moon will be the city's last elected mayor. The title will henceforth rotate among the council members.

A total of 10 candidates will be running for office Tuesday. The highest vote-getter in each district will win the seat.

In District 1, the candidates are:

Vying for the District 2 seat are:

In District 3, the candidates are:

Residents must vote at a polling location within their district, city clerk Anthony Mejia said. Mail-in ballots can be dropped off at any polling location or at Palm Springs City Hall, which is hold extended business hours until 8 p.m. Residents still standing in line at 8 p.m. will be allowed to vote.

The following polling locations will be open from 7 a.m. to 8 p.m.:

For a complete roster of candidates, or to find out which district you live in, visit VotePalmSprings.com or contact Mejia at 760-323-8206.