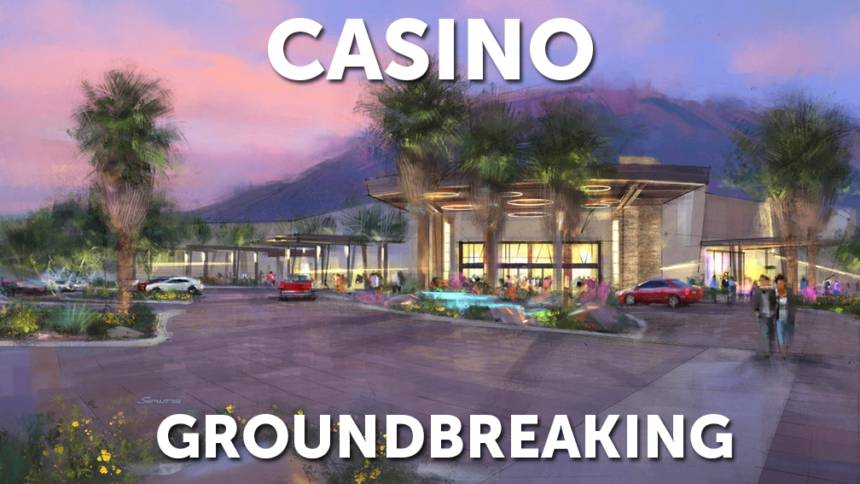 "It's just going to be a fun, vibrant place in a great location, I mean look at it," said Jeff Grubbe, Tribal Chairman for the Agua Caliente Band of Cahuilla Indians.

The artist rendering gives a preview of the roughly 100,000 square foot casino, that will sit where the old Carl's Jr. used to sit.

A manager of a business nearby says it's all a homerun for the city.

"I think will only improve the city and the appearance, so it should drive traffic to all businesses," said Charles Sanders, a manager at The Works Floor and Wall.

At the Cathedral Gateway Plaza across the street from the casino project, the center is now one hundred percent leased and one of the newest tenants says the casino was a major draw.

Albert Acosta is the Executive Director of the Museum of Ancient Wonders which recently opened.

"I think the city is just growing phenomenally, the business community is burgeoning," said Acosta.

Also, the old Staples building will soon be the site of a the new business "Zebra World", which is a play center for children slated to open in about six months.

The owner agrees with Charles Sanders who says the more traffic around the complex the better, and they welcome the new neighbor.

"I think the tribe has done a lot for the valley and donates to worthy causes, so I'm happy to be here," said Sanders.

While optimisitc, the surrounding bussinesses will have to wait a little bit for the anticipated uptick in customers, as the new casino is slated to open in early 2021.