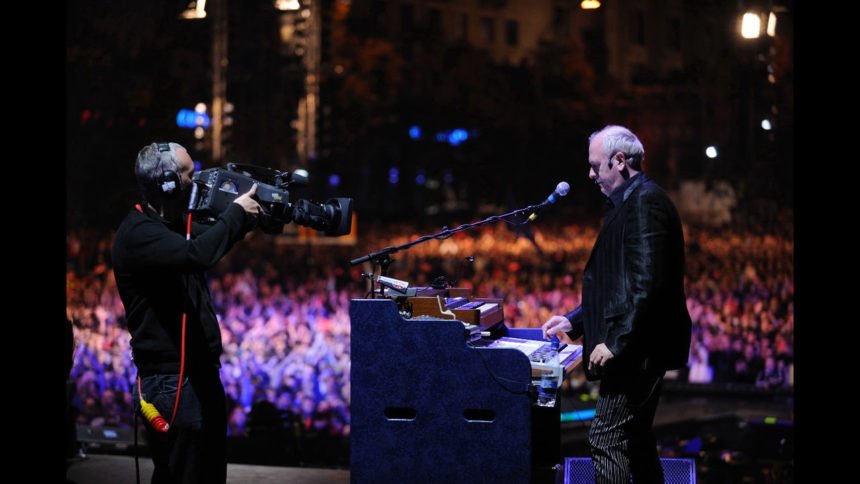 It's not everyday you get to spend an afternoon with a rock legend.

While he's not an original band mate, 2019 marks 35 years for Spike Edney on the keyboard with Queen, as well as serving as the band's musical director.

After a trip off the the beaten path from Palm Springs up to a remote area of Joshua Tree, Spike hosted News Channel 3's Kelley Moody at this fuchsia beacon in the desert: Pink Satellite Studios. It's a small, quiet getaway Edney has helped create for artists to decompress in the deafening silence of the high desert or record their next big hit.

"Hopefully this becomes the Abbey Road of the desert," said Edney. He hopes to do Robin Hood work, as he calls it, offering a space for up and coming local talent to record without the price tag.

Edney remembers his own days in the 1970's of playing in bars and watching Queen on live broadcasts, feeling jealous of their success.

"I found myself thinking, 'God, what does it take to become in a big band like that?'" said Edney. Apparently it only took catching up with a friend at a bar, who happened to be working as a personal assistant to Queen drummer Roger Taylor. Six months later in 1984, Edney was in the band.

Edney recounted his first conversation with Queen tour manager Gerry Stickells, "And he said, 'Okay well, next Monday you fly out to Munich and meet the band,' and I said, 'Well what happens if they don't like me?' and he said, 'On Tuesday you'll fly home.'" He never did.

Edney said his Queen band mates were all characters and quick workers. He remembers them all having their own opinions and defending their corners, as is seen in the film, but it was usually Freddie Mercury who had the last word.

"He normally got his way," said Edney. "End of story."

Edney was on stage one year later for Queen's infamous Live Aid performance.

"Having been stood on that stage at the original Live Aid and then seeing how they recreated that for the movie, that gave me quite a kick," said Edney. In fact, if it weren't for him, Queen might not have been at Live Aid at all. He called that one of the more condensed moments from the Bohemian Rhapsody film.

Edney performed with the organizer of the super-concert, Bob Geldof in The Boomtown Rats. It was Edney who connected the performers for the 1985 benefit concert.

"Even though I might find myself saying, 'Oh. Wait a minute, that didn't happen then,' or 'He wasn't there when that happened,' I mean this all small potatoes really. As a story and as a portrayal of one of the world's greatest performers, it's fantastic," said Edney.

Edney said he enjoyed most of the film and sees it as a piece of art, not a historical record. He recalled at least three attempts to do the film in the past that he was interviewed for, but in the final version, he was not included in the production. Edney said his character would be included in a later 80's timeline that did not exist in this film.

"I'm very much the new boy at this point, so when they get around to making Bo-Rhap 2, that's when I'll becoming into it," said Edney.

He said Rami Malek's interpretation of Mercury stole the show.

"The Freddie Mercury I knew was all professional and a fun man to be around. I didn't see the sort of deep insecurity that this film portrays," said Edney. "My feeling watching Rami Malek is that it's about as close as is humanly possible to get to portraying another person with what we know."

Edney now prepares to head on tour with Queen and Adam Lambert once again this coming summer. He says he's working on writing a book that he hopes to release this year.