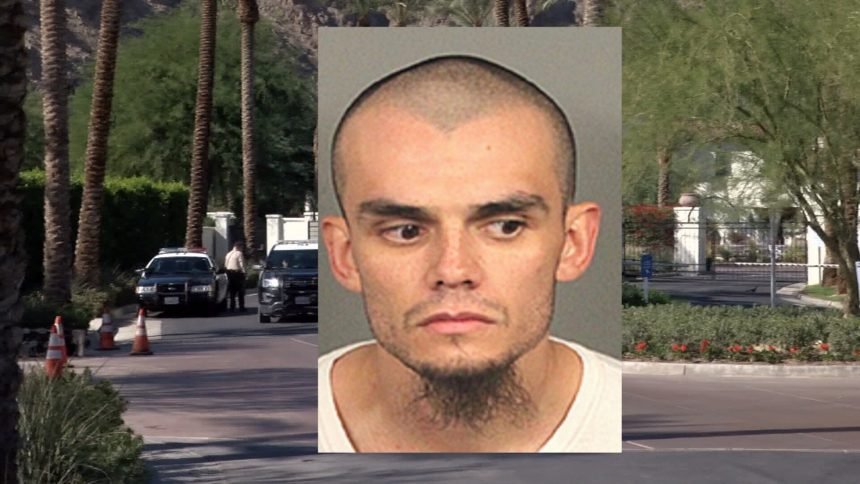 According to the Riverside County Sheriff's Department, Shane Wynn, 25, of Palm Desert was arrested Monday afternoon in La Quinta following an investigation into a possible burglary at a residence on the 48600 block of Classic Drive, inside the Legacy Villas La Quinta Resort.

The Sheriff's Department describes the wanted suspect as a Hispanic male adult, in his late thirties with tattoos on his face, neck, and arms. He was seen wearing dark-colored clothing.

It was after the three-hour search, however, when deputies located Wynn. The Sheriff's Department says deputies caught Wynn while he was trying to return to the affected home on Classic Drive.

A search warrant of the home was authored. Inside, deputies found and seized credit card making equipment and fraudulent credit cards.

Wynn was booked at the county jail in Indio on an unrelated identity theft warrant out of the State of Colorado.

The investigation remains ongoing. The La Quinta Special Enforcement Team is asking anyone with additional information to contact Deputy Contreras at the Thermal Sheriff's Station by calling (760)-863-8990.