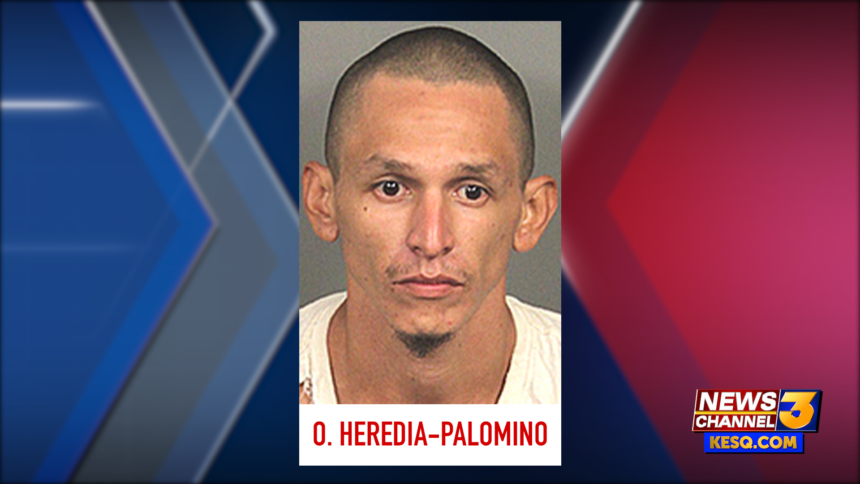 Deputies arrested a man on Monday for allegedly stealing a custom bicycle in La Quinta, and during the arrest, found him in possession of methamphetamine, according to the Riverside County Sheriff's Department.

On November 11, deputies responded to the 78100 block of Calle Tampico in La Quinta for a report of the grand theft of a bicycle. Members of the La Quinta Special Enforcement Team (SET) investigated and determined the identity of the suspect, 28-year-old La Quinta resident Obed Heredia-Palomino.

On November 18 at, the SET team located Heredia-Palomino on the 52200 block of Avenida Mendoza, and took him into custody at 1:48 p.m. for grand theft. During the investigating, he was found in possession of 25 grams of methamphetamine, according to RSO. He also faces a charge of possession with intent to sell.

Searches were conducted in two locations, one at a residence on the 51900 block of Avenida Mendoza, and one one the 53800 block of Avenida Rubio. The bicycle, a custom-built black Cult bicycle with orange accents, was not located during either search, however, additional methamphetamine, "drug sales indicia" and ammunition was located and sezied at the second location, according to RSO.

"The La Quinta Special Enforcement Team is asking anyone with additional information to contact Deputy Huyler at the Thermal Sheriff’s Station by calling (760)-863-8990," read RSO's news release on the incident.

Heredia-Palomino was booked into Indio Jail. At the time of this publication, he is being held on $10,000 bail, according to county jail records.