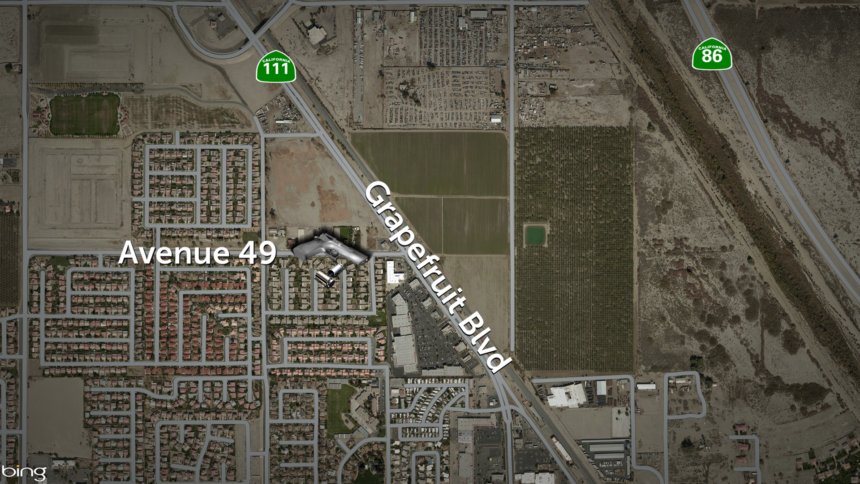 It happened just before 1:00 Saturday afternoon on Avenue 49 and Grapefruit Boulevard.

A spokesperson for the sheriff's department tells News Channel 3 no one was injured.

The department has not confirmed where the gunfire was directed.

No arrests have been made in the case, and deputies have not released a suspect description.

Stay with News Channel 3 as we continue to learn more about this developing story.