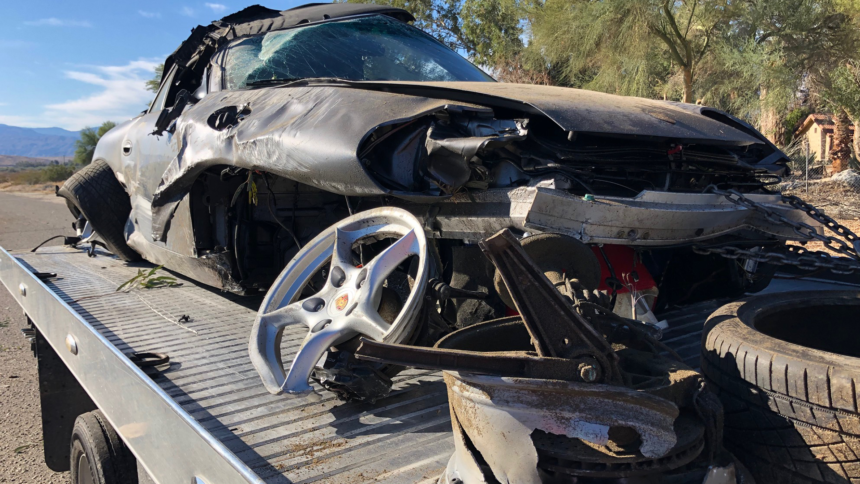 A person sustained major injuries in a crash this morning near Desert Hot Springs.

According to CHP's incident page, the crash was reported at 8:24 a.m. near the intersection of Dillon Road and Long Canyon Road.

The involved vehicle, a Porsche convertible, appeared to be totaled. According to details reported by CHP, only a driver was mentioned in the incident details. The vehicle had British Columbia license plates.

After the crash, the vehicle was reportedly leaking fuel.

There is no information available at this as to what caused the crash.

News Channel 3 has reached out to CHP for a full release on the incident and was awaiting a response at the time of this article's publication.