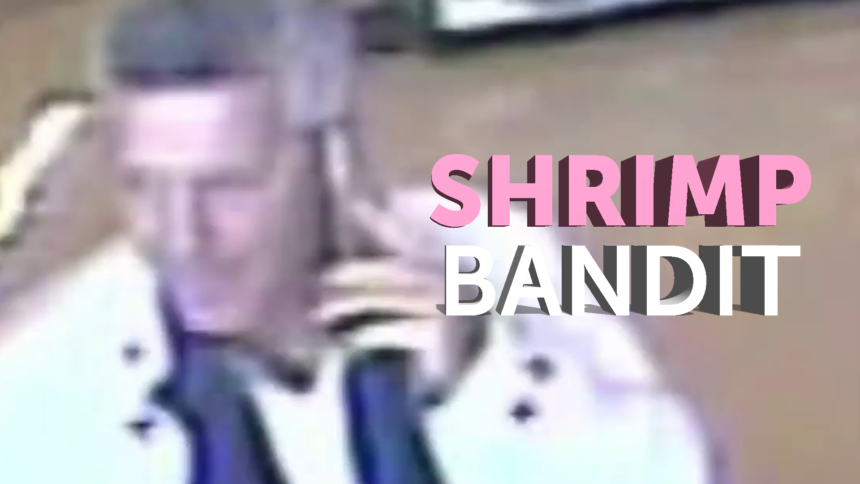 Police are asking for the public's help in identifying a man who walked in and out of a Riverside grocery store several times, stealing hundreds of dollars worth of shrimp that he stuffed down his pants.

The alleged shrimp bandit targeted the Vons at 3520 Riverside Plaza Drive on Dec. 4, according to RPD Officer Ryan Railsback.

Railsback said the bandit went in and out of the store three times in 15 minutes. On each occasion, he raided the frozen food section, loading his pants with bags of shrimp, according to the officer.

"A total of 30 bags of frozen shrimp were stolen with a retail value of over $500," Railsback said.

Police describe the suspect as a white man, approximately 50 to 60 years old, about 5 feet 10 inches tall and 170 pounds, with short silver and black hair. He was wearing a white jacket, navy blue sweater, blue jeans, and black-and-white sneakers.

Anyone with information was asked to contact detectives at 951-826-2054 or submit information online via rpdtips@riversideca.gov.