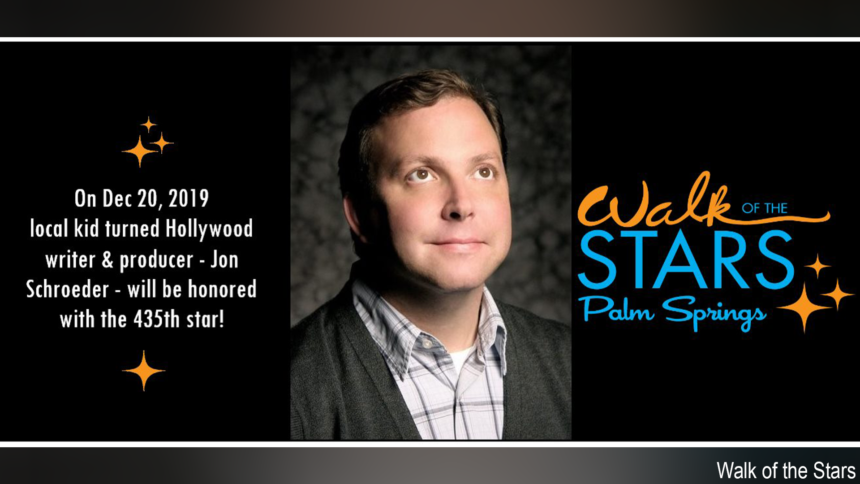 A star on the Palm Springs Walk of the Stars will be unveiled today honoring Jon Schroeder, a Palm Springs native and Emmy Award-winning television producer known for his work producing the animated comedy series ``Bob's Burgers.''

Actress and comedian Sarah Silverman is scheduled to attend, along with Schroeder's former drama teacher at Palm Springs High School, Rosemary Mallet, where he graduated from in 1988.

After moving to Hollywood in 1993, Schroeder began writing and selling pilots with friend and comedian Doug Benson.

Schroeder later teamed up with Silverman to write and produce ``The Sarah Silverman Show'' on The Comedy Central network, which premiered in 2007.

In 2011, ``Bob's Burgers,'' an animated comedy series premiered on the Fox Television Network. Schroeder was a co-producer and writer. He later became a co-executive producer, and in 2018, the executive producer for the series.

``Bob's Burgers'' has won two Emmy Awards in the outstanding animated program category in 2014 and 2018.