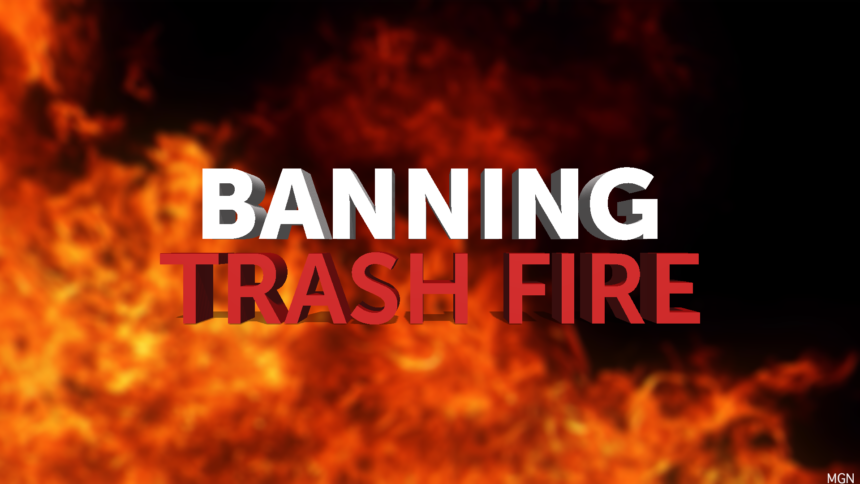 Firefighters quashed a small trash fire in Banning today that a witness said was ignited by a man wearing all black who was wielding some sort of torch.

Riverside County firefighters arrived at the scene of a pile of trash on fire in a field near the intersection of Lincoln and South 22nd streets at 1:47 p.m., the department said. The blaze was put out in minutes.

Desiree Ellis was driving on nearby Interstate 10 when she saw the smoke, spurring her to depart the freeway to find the cause, according to a California Highway Patrol incident report.

I was like sure enough there was a fire there,'' she told City News Service,and there was a guy dressed in all black holding a torch or something.''

Ellis said she saw him walking through the field, waving the torch, prior to taking off running.

No additional information was immediately available.