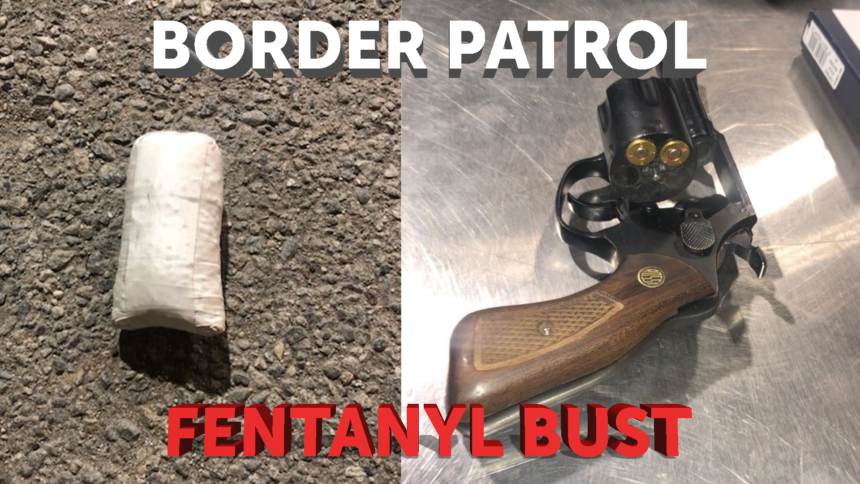 A teenager was arrested by Border Patrol agents on suspicion of narcotics smuggling and firearm possession on Thursday night, according to a news release issued by the El Centro Sector Border Patrol.

At 7:58 p.m. Thursday, an 18-year-old U.S. citizen driving a white Volkswagen was stopped at the Highway 86 immigration checkpoint near Salton City. A Border Patrol canine detection vehicle alerted to the car and it was waved along for further inspection.

During secondary inspection, agents found a package containing a substance later determined to have the characteristics of fentanyl, as well as a loaded .38 Special revolver, according to Border Patrol.

The fentanyl, which weighed more than three-quarters of a pound, had an estimated street value of $24,096. The drugs, weapon, and teenager were turned over to the Drug Enforcement Administration.

The suspect's identity was not released by Border Patrol.