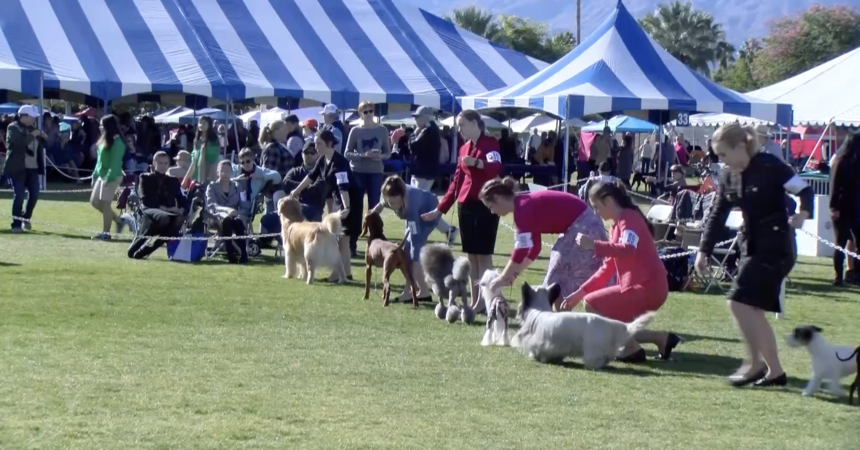 It's the annual Kennel Club of Palm Springs Dog Show this weekend at the Empire Pollo Grounds in Indio. This is the largest dog show on the west coast. News Channel 3’s Caitlin Thropay was there and brings us a look at many of the beautiful purebreds.

“These dogs come from all over the United States," Toussaint said. "There are dogs flown in from international countries because the dogs are either going to be retiring at Westminster in February so they’re still showcasing at this show or they’re just starting their show career and they’re gaining points to become the number one dog in the country at the end of the year," she added.

This is a four-day dog show.

“The owner and the dog are a team and they work really hard and have great communication skills and they are able to accomplish some great things so it’s inspiring to watch them," Trish Williamson, the Assistant Show Chair said.

We also met Liz and her puppy dalmatian, who make-up quite the team.

“It’s really fun to work with your dog," Liz Slauson said. "You get a good connection, a relationship with your dog when you’re showing them,” she added.

Hundreds of people came to watch the different events.

“To see all of the different breeds of dogs it’s really cool because there’s like 3,500 different ones and it’s just amazing to see all of them," Nadia Stegen, a Girl Scout who's volunteering at the dog show said.

But there’s more to the dog show than admiring all of the purebreds.

“We have lots of vendor's selling dog items as well as human items," Toussaint said. "We have lots of food vendors here," she added. "You can just walk around and talk to breeders and pet dogs. Always ask first,” she added.

Sunday is the final day of the dog show. Admission is free, but you’ll just need to pay $10 for parking.