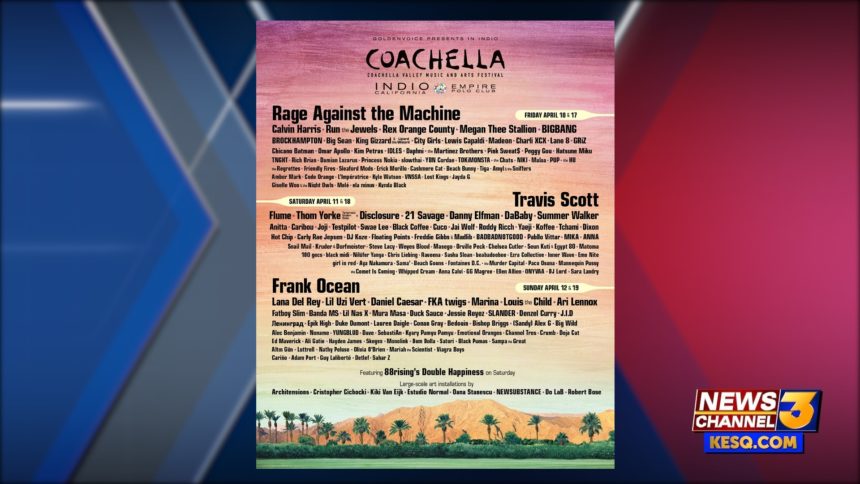 General Admission was listed at $429 plus fees, before selling out.

VIP admission starts at $999 plus fees, and allows for entrance into VIP areas.

The general admission + shuttle starts at $529 and includes entrance to the venue and day parking lots for all three days, and includes the any line shuttle pass.

Passes can be purchased directly at coachella.com while supplies last.

Weekend one passes are sold out.

Rage Against the Machine, Travis Scott, and Frank Ocean will headline. Other performers include Lana Del Rey, Flume, Calvin Harris, Lil Uzi Vert, DaBaby, Run the Jewels, and many more are scheduled to perform.