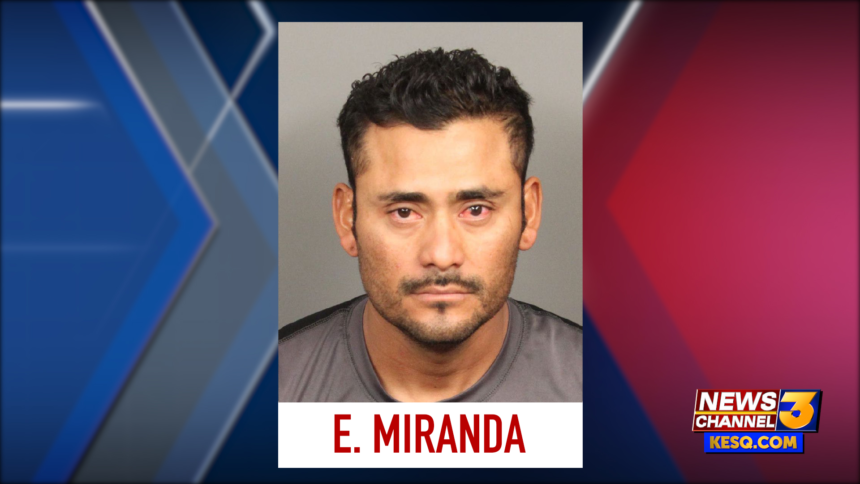 A Thermal man must stand trial on charges of sexually assaulting a 13-year-old girl, but not on a kidnapping count, a judge ruled today.

Riverside County Superior Court Judge Russell Moore found that prosecutors had presented sufficient evidence to hold Elit Barroso Miranda, 36, to answer to three counts of lewd acts with a child under 14 for alleged crimes that occurred between April and May last year.

During the defendant's preliminary hearing at the Larson Justice Center, sheriff's Investigator Claudia Herrera testified that the 13-year-old victim reported waking up to find Miranda, dressed in only boxer briefs, in the bed she was sleeping in with several of her siblings. Miranda then allegedly picked her up and brought her into another room, where he assaulted her, Herrera said.

He was wearing an ankle monitor at the time of his arrest, although it was not immediately clear why.

After several back-and-forth exchanges regarding the nature of kidnapping between the judge and each side, Moore ruled the evidence submitted by the Riverside County District Attorney's Office was insufficient to hold Miranda to answer to a charge of kidnapping with intent to rape and a kidnapping allegation attached to one of the lewd act counts.

According to court documents, the alleged victim "disclosed separate incidents'' of sexual assault, as well as the kidnapping. No other details were released, although the alleged crimes occurred between April 22 and May 3, according to the court records.

Miranda is being held at Southwest Detention Center in Murrieta in $1,000,000 bail, according to county jail records.