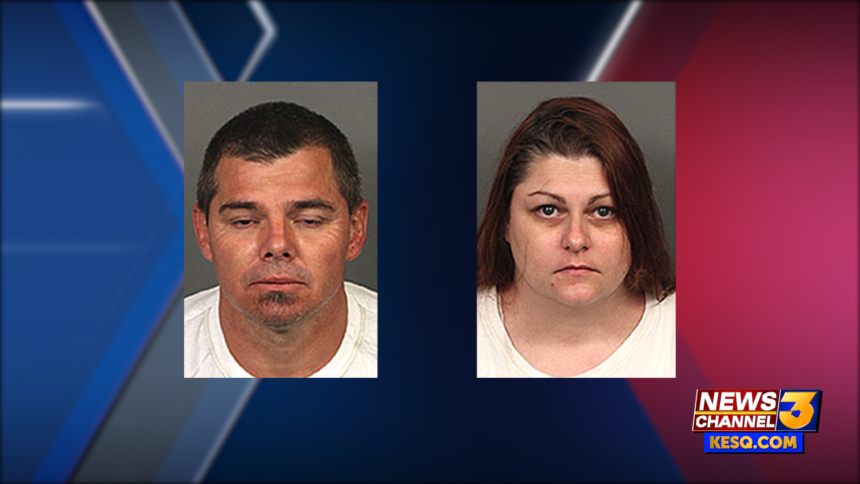 A Mesa Verde woman and her husband pleaded guilty today to second-degree murder for the death of the woman's 18-year-old mentally disabled daughter and were immediately sentenced to 15 years to life in prison.

Jill Williams, 37, and Steven Williams, the victim's 41-year-old stepfather, entered their pleas just as a preliminary hearing was about to begin to determine if there was enough evidence for them to stand trial for the death of Kaylina Anderson.

The couple was arrested March 14, 2018, four days after the victim's body was found at the family's home in the 18000 block of Palowalla Drive in Mesa Verde, about 10 miles west of Blythe, according to the Riverside County Sheriff's Department.

It was unclear who reported the girl's death, which authorities said occurred just after midnight on March 10, 2018.

Sheriff's officials said Kaylina suffered from mental disabilities requiring full-time care and supervision. A GoFundMe page established by relatives after her death described the victim as severely autistic'' and unable totalk or care for herself.''

Three other children, all 6 years old or younger, were removed from the home by Child Protective Services.

In exchange for their plea to second-degree murder, prosecutors agreed to drop a felony count of cruelty to a dependent adult -- with a sentencing enhancement alleging the cruelty resulted in death -- along with two child endangerment misdemeanors.

Riverside County Superior Court Judge Burke Strunsky agreed to the terms of the plea deal and immediately sentenced the pair to prison.