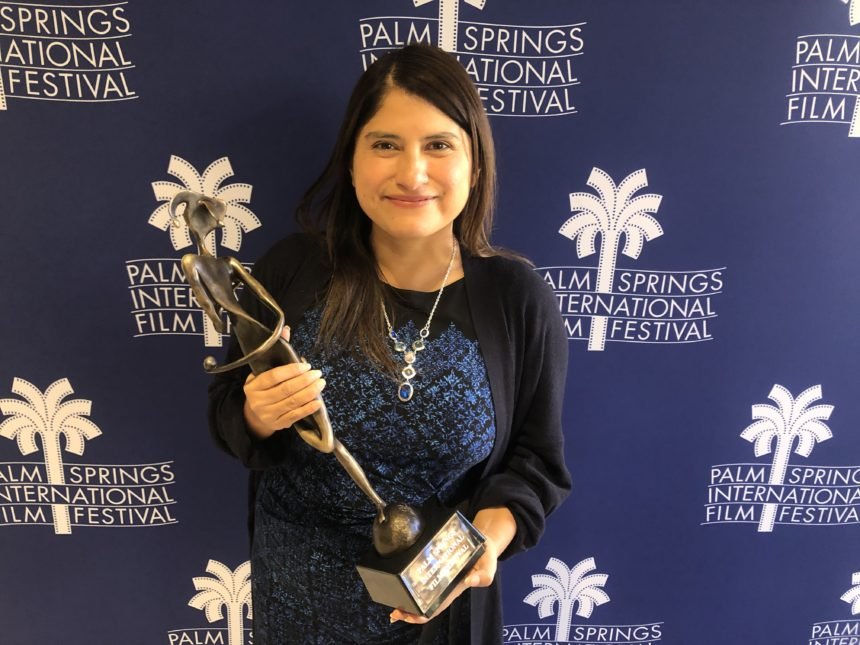 The 31st Annual Palm Springs International Film Festival announced this year's juried award winners at a luncheon at the Hilton in Palm Springs on Saturday.

“I think its beautiful. I think its just gorgeous and I think its playful," said Melina Leon, director of "Song Without a Name."

Leon looks at her trophy while celebrating the win. Her film winning the New Voices New Visions Award, which competed against 192 films from 81 different countries.

“Well I am so happy to get this award. I am very honored and humbled its a mix of feelings," said Leon.

The film is set in Peru in the late 1980's at the height of the economic crisis and political upheaval.

"Every time I receive the warmth of public in far away places like this, far away from our story in Peru, its very moving," said Leon. "It means so much. It means we are the same and we understand each other.”

Leon said winning the award has inspired her team to think about the next film.

“A little a bit of time to reflect on all this success of the film what we did well, what we want to improve for the next," said Leon.

Leon isn't alone when it comes to thinking about next year's Palm Springs International Film Festival.

"It just motivates us so much just to be here and do better. We have learned alot from this experience and for the future what are we going to do, what can we do differently, what can do better," said Alexa Khan, producer of "The Steed."

Alexa Khan, co-producer of the film "The Steed" said attending the film festival has validated their work.

“It solidifies what we were doing and its working and its just improving on what we need to work on," said Khan.

The other co-producer of the film hoping to win an award next year.

"we are going to try,"said Trevor Doyle, producer of "The Steed."

"we have to finish for it to be here so we are working on films right now," said Khan.